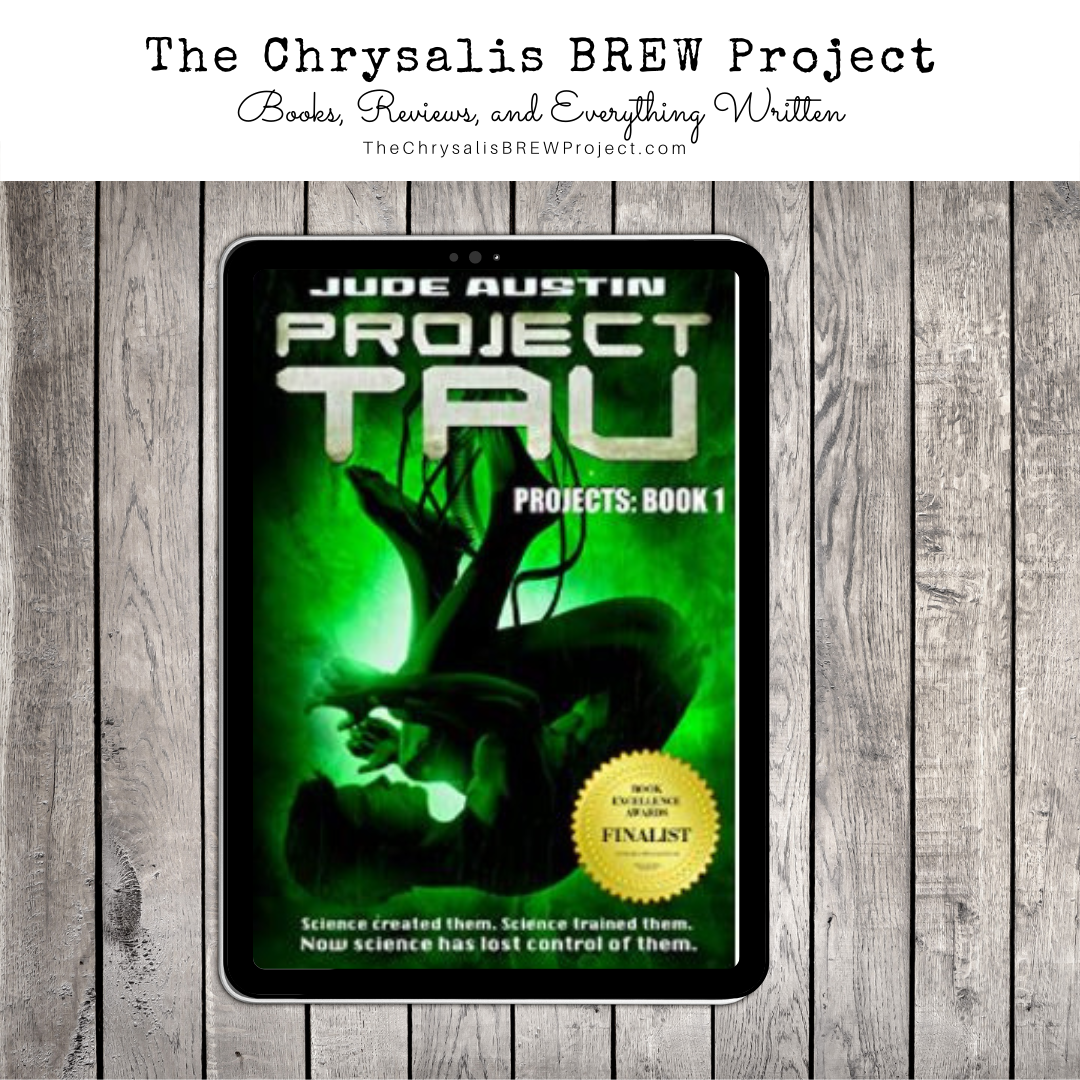 Project Tau is the first book in the sci-fi realism Projects series. As befits the sci-fi realism genre, there are no epic space battles, no dystopian governments, no post-apocalyptic zombie-filled irradiated wastelands and absolutely no androids/AI. Sci-fi realism is something of a new/niche subgenre that is character and world-driven, instead of science-driven.

There is, however, strong language, making Project Tau a book that is best suited to older readers.

Freshman Kalin Taylor is about to start classes at the most prestigious college in existence, SACAS. His major: medical science. His goal: to become involved in the development and training of Projects – human clones – a science which is still very much in its infancy in Kalin’s universe and undertaken solely by the scientific mega-corporation, GenTech.

He has one more burning ambition: to gain entry into the fraternity. Doing so will change his life for the better; he’ll be one of the popular kids, thus guaranteeing an easy ride through the social minefield of college life and an end to his status as a social outcast.

His initiation stunt? Sneak into a private GenTech laboratory, take a picture of “Project Tau” and sneak back out again.
Needless to say, it all goes very, very wrong. The laboratory administrator, Mason, offers him a deal: become GenTech’s guinea pig for two weeks and he’ll brush Kalin’s breaking-and-entering under the carpet, which will allow him to continue his studies at SACAS and later pursue a career with GenTech itself. Refuse, and Mason will not only report him to the dean – resulting in immediate expulsion – but he’ll also ensure Kalin’s name is blacklisted throughout the scientific and medical industry, a threat that GenTech is more than influential enough to carry out.

Kalin signs and is promptly stripped of his ID and wallet and sent to billet with Project Tau. To his shock, Tau – unlike the handful of other, animalistic Projects in existence – is both intelligent and articulate.

When GenTech fakes his death, Kalin – now forcibly renamed Project Kata – ends up living the life he dreamed of, only he’s on the wrong side of the fence. Projects are viewed as less than animals, to be trained for whatever purpose their future human owners desire, no matter how brutal that training may be.

Stripped of his identity and facing life as no more than a piece of livestock with fewer rights than an animal, Kalin’s going to have to reach into places he never knew he had in order to save himself and Tau from the scientists’ brutal, often sadistic treatment before they’re both sold apart and disappear forever.

The above information had been supplied by the author or publisher.