A Book Review by Shrabastee: “Project Tau” by Jude Austin 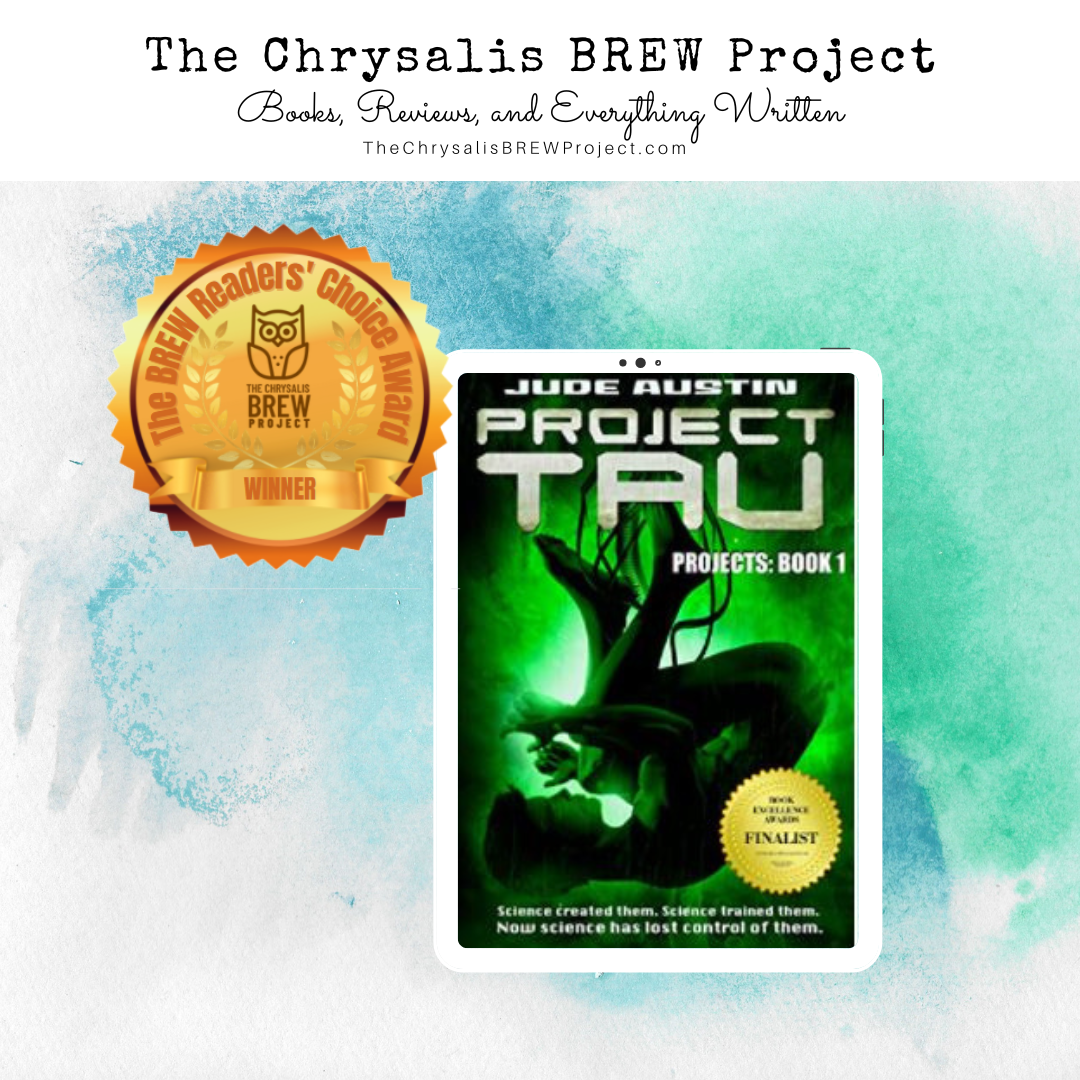 “Project Tau” by multi-award-winning and bestselling Jude Austin is the first book of the Projects series. It is a futuristic science fiction that follows Kalin Taylor, a college student who gets inside the high-security laboratory of GenTech and faces a terrible future at the hands of unscrupulous scientists. It is a recipient of the BREW Readers’ Choice Award for March 2022 and Science Fiction Realism of 2021/2022.

Tired of the constant bullying in high school because of his bulky physique and lack of athletic proclivities, Kalin Taylor wanted to turn the tables. After admission to the prestigious Sanderson College of Arts and Sciences, he longed to join a fraternity. However, to be deemed eligible for the frat house, he had to breach GenTech’s high-security laboratory and capture a photograph of Project Tau, the most recently developed human clone. But what happens when nothing goes according to the plan? You have to read Project Tau, the first book of the Projects series by Jude Austin, to know the terrible fate that awaits Kalin.

This genre-defying novel can easily claim its place under several different categories. Austin sets her story not on earth but on the planets Trandellia and Basarr. Interplanetary travel is a part of everyday life, and there is remarkable progress in human cloning. However, these are the only features that link the book to dystopian science fiction. The rest tells a tale of oppression and abominable torture and can be considered social horror. The novel had me captivated by its fast pace and thrilling plot. I tore through the book obsessively, desperate to know the end. Because of the vivid descriptions, the reading experience was akin to watching a thriller movie. Once I finished reading, I was equally eager to read the sequel.

I was amazed to find good character development in such a plot-centric novel. Austin made liberal use of both showing and telling to bring out the distinct attributes of her characters. The three chief scientists could not be more different. While Dennison was a monster in the guise of a human, a sadist beyond belief, Renfield and Chatton had their moral compasses intact. Austin highlighted their dilemma, torn between their loyalty to GenTech and a clean conscience. I loved how she contrasted Project Tau’s submissive persona to the vibrant human nature of Kalin with all its flaws.

The novel was thought-provoking but, at the same time, quite alarming. Austin portrayed greed, cruelty, and a complete absence of ethics and conscience. The scientists considered the Projects as nothing more than test objects. I shuddered to think what would happen if, instead of using cloning for beneficial purposes, the scientists chose it as a tool to satisfy their darker urges. Also, as a researcher working with animal models, I had to ask myself whether the novel horrified me simply because the models here were human. Animal ethics has always been a grey area in science, and this book generated a plethora of questions.

The horrific torture and violation the Projects had to face reminded me of the slave trade. However, Austin also showed how even the most oppressed, the most docile, could rebel if pushed far enough. Despite the scientists’ attempts, the spark of humanity in Kalin never went out. The unspeakable torture the Projects faced resulted in his extreme revulsion towards GenTech. Yet, some vestiges of compassion and morality remained in him, making for a satisfying character arc.

I would wholeheartedly recommend the novel to anyone who appreciates science fiction and medical thriller. The book included dark elements, violent incidents, and profanities, necessitating a mature audience.

One thought on “A Book Review by Shrabastee: “Project Tau” by Jude Austin”