Featured Book: “The Medallion” by Priscilla B Shuler 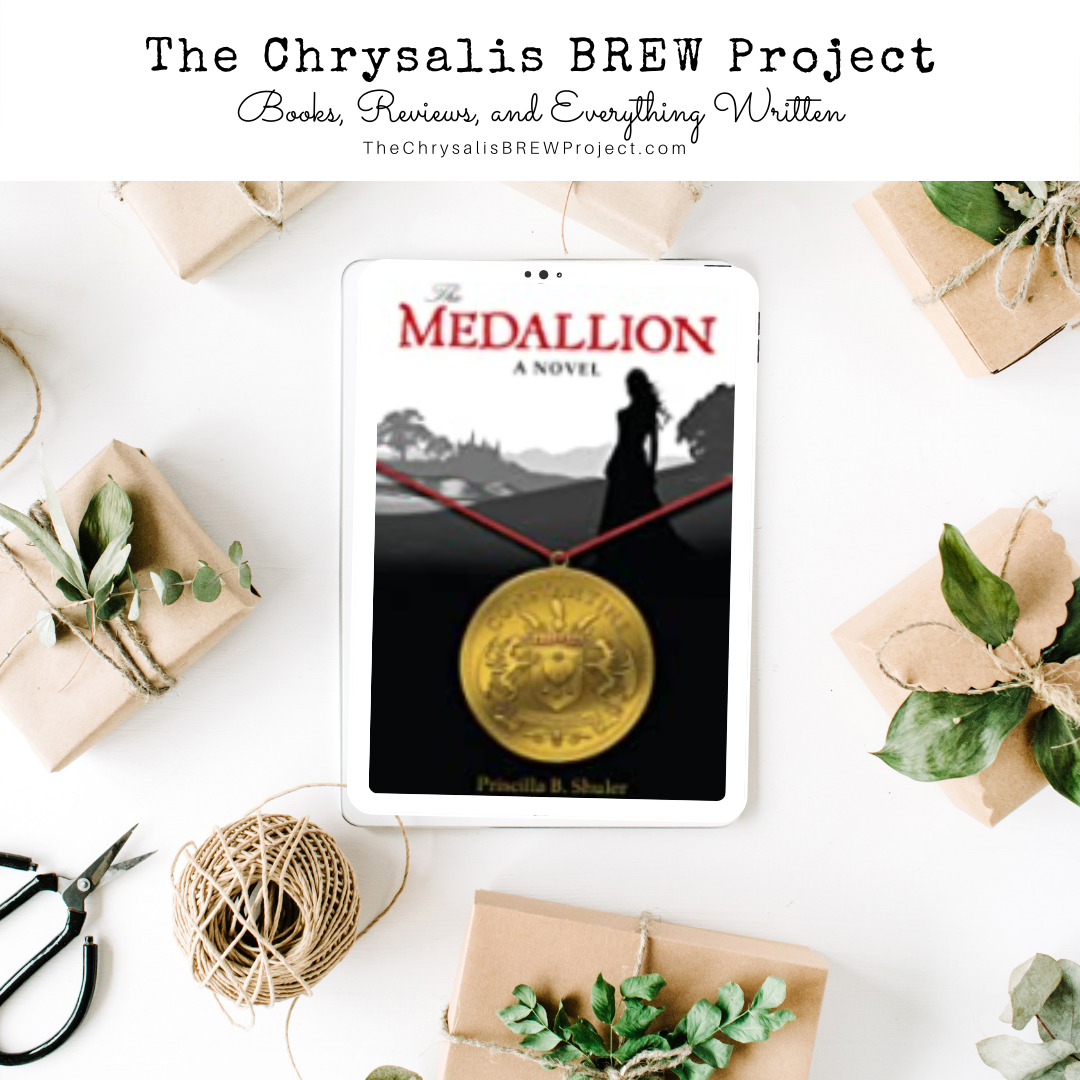 Being born into privilege is one thing. Being born illegitimately is quite another. Being brought up to believe a scar-faced gypsy is your mother is yet another!

So begins the life of our heroine, Teresa. With this set of circumstances worn as a badge of courage she develops great strength. Body, mind, and spirit are enhanced by struggles to overcome. Her education is tended to by her intelligent mother who, being adept in the shadowy arts of healing, imbues her child with practical uses in many realms.

Teresa is placed into the lowest service of a wealthy manor house to earn her keep at the tender age of 10. Through the untimely death of the master, his son is elevated to the position for which he is ill prepared. Soon he’s beset with a mysterious illness for which his Doctors can find no relief.

Our heroine soon realizes that her mother probably knows the secret to rid the young master of his malady. Through these unusual ministrations, he recovers and soon elevates Teresa to the higher status of ‘upper house maid’. Through these steps and the closer proximity of his new maid, he knows her presence is vital and takes steps to adopt her as his ward… hence uncovering her past and realizing exactly who he has in his presence. He proceeds to protect her from her natural father; knowing she is in danger of losing her inheritance to his nefarious invasion into her life.

If one enjoys a rather convoluted thread of story line, and the introduction of interesting characters, more bits of stories, and unsuspecting heroes, you will enjoy the hours passed in reading The Medallion.

The author began writing in earnest at the age of 75. This was after having been embroiled in caring for her children and husband, as well as working hands-on in the design and construction of their retirement home on land willed to her by her father. Priscilla and her four children then lived in their partially-completed house, while her husband was deployed to Vietnam.

After retiring from service, they completed the house and the family lived there until all of the children moved on. At that juncture, Priscilla and her husband decided to build a smaller house for themselves, and to give the big house over to their eldest son and his wife to retire into and care for them. This never occurred, though, as their son developed cancer and ultimately passed away. The big house stands empty. Their daughter-in-law owns it, but will never live there.

Presently Priscilla and her husband of 70 years reside in the Retirement Village of Springfield Place in South Carolina.

The above write-up was provided by the author or publisher.

A Book Review by Shrabastee: “The Medallion” by Priscilla B Shuler

END_OF_DOCUMENT_TOKEN_TO_BE_REPLACED

A Book Review by Fermosalua: “The Medallion” by Priscilla B Shuler

END_OF_DOCUMENT_TOKEN_TO_BE_REPLACED

3 thoughts on “Featured Book: “The Medallion” by Priscilla B Shuler”