A Book Review by Shrabastee: “The Medallion” by Priscilla B Shuler 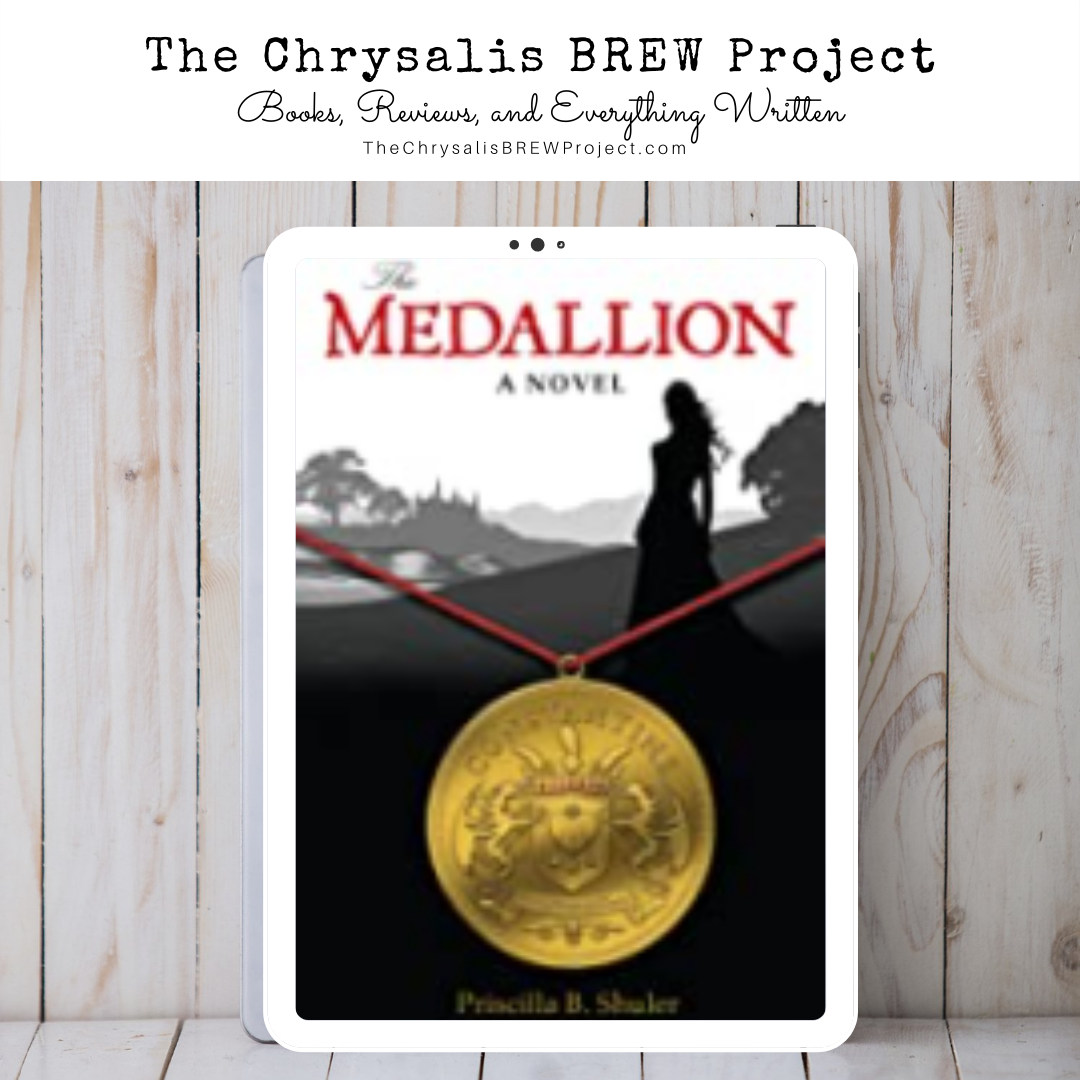 “The Medallion” by Priscilla B Shuler is the recipient of the BREW Readers’ Choice Award – Historical Romance Novel 2021/2022.

After spending a childhood in a rocky cave with her mother Gretchen, surviving on bare essentials, Teresa Lyons considers herself lucky when she secures the position of scullery maid in the nearby Martingale Manor. An unidentified illness has kept Lord Harry Martingale, the heir of the Manor, bedridden with only a few days to live. When Teresa miraculously cures Harry, the latter adopts her as his ward and introduces her to society. However, a stranger keeps following her, watching her every move. When Teresa goes missing, Lord Harry realizes that the wicked man has abducted her. Can he protect Teresa from the grim fate awaiting her? What secrets lie in Teresa’s past? Is Gretchen, dubbed as ‘the witch,’ her real mother? To know, you have to read The Medallion, a historical fiction novel by Priscilla B. Shuler.

Similar to Shuler’s other novels, The Medallion boasted numerous characters. I could not determine whom I liked the best. I admired Lord Harry for his benevolent nature and effortless leadership. I loved that he obliterated all barriers between owners and servants, welcoming everyone to an extended family. He was even capable of forgiving his erstwhile enemies. Despite his adoration for Teresa, a selfless Harry made sure she would get to choose her own intended from her many admirers. Similarly, I liked Teresa’s gentle and loving nature that kept everyone around her enamored. Her soft countenance concealed a brave and determined personality that would see every wrong righted.

The novel had a strong religious theme, showing the power of prayer in receiving divine guidance. Gretchen’s prayer granted her an ever-watchful eye and premonitions that kept the entire family safe. Shuler incorporated an arc of redemption for several characters. Once given a chance to salvation, they strived hard until their efforts more than balanced their sins. The book demonstrated how love and forgiveness could bring back a person from the clutches of evil. On the other hand, there were a few vile characters with all senses of humanity gone from their heart. These people received their due punishments, highlighting the triumph of good over evil.

Love was a central theme of this book. Gretchen’s maternal love for Teresa protected her from all evil. With the story gradually unraveling the past occurrences, the readers could understand the actual extent of her fierce, protective feelings. There was no shortage of romantic love and longing, either, providing the readers with some unforgettable moments. Throughout the novel, many couples professed their love for each other. Shuler allowed some very unexpected but delightful pairings. Although I could not reveal much without giving away the plot, every union filled my heart with utter joy. It created a feel-good atmosphere that contrasted sharply with the darker side of the storyline.

From a technical standpoint, I noticed a handful of errors. However, it was nothing a thorough round of proofreading could not remove. I will wholeheartedly recommend this novel to anyone appreciating historical fiction, especially historical romance. Readers who love uplifting stories with happy endings should go for this book without hesitation.

View “The Medallion” on Amazon.com.

View “The Medallion” on Amazon.com.au.

2 thoughts on “A Book Review by Shrabastee: “The Medallion” by Priscilla B Shuler”