A Book Review by Kajori: “The Chimerical War” by Digisha 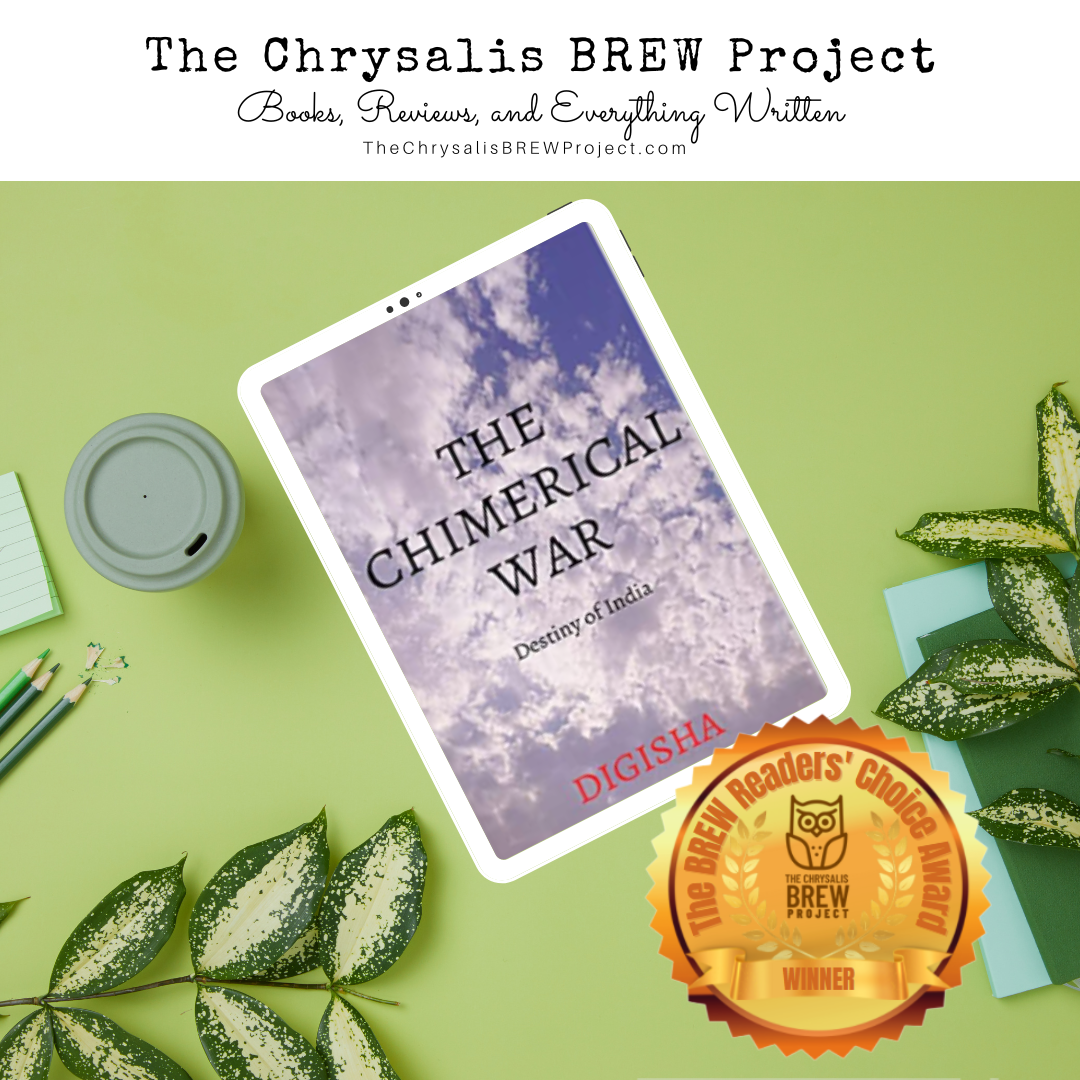 In Digisha’s “The Chimerical War: Destiny of India,” Mr S Bose and his Indian Independence League do their best to free their beloved motherland and bring prosperity to their people. The book is a recipient of the BREW Readers’ Choice Award – Historical Thriller Fiction of 2021/2022.

During the 19th and 20th centuries, it was often said that the sun never set upon the British Empire. Indeed, it was true. The British had their colonies in both the hemispheres of the world. India was a stronghold of the British Empire for more than two hundred years. Since the Battle of Plassey in 1757, the British had used the policy of “divide and rule” to subjugate the people of India. Countless nationalists gave their lives in the pursuit of independence. However, things soon came to a standstill. It seemed India’s destiny was to remain a provider of raw materials and a market of finished goods for the British. Almost a century after the First War of Independence in 1857, a man posed a real threat to the British Empire. Netaji Subhash Chandra Bose dedicated his entire life to bringing freedom to his motherland. Though unacknowledged by many, Bose and his Azad Hind Fauj were responsible for giving the first taste of freedom to Indians by liberating the Andaman and Nicobar Islands. Alas! Things didn’t go as planned. Bose allegedly lost his life in a plane crash in 1945 before completely freeing India. I had always wondered whether things would have been different if he remained alive.

Would India’s destiny be different had Bose been alive? Would we have gained independence earlier than we did if his crusade against the British succeeded? Would India remain undivided with Bose at the helm?

Digisha’s “The Chimerical War: Destiny of India” is a heart-rending story of the efforts made by Mr. S Bose and his Indian Independence League to bring freedom to their beloved motherland. The story takes place in September of 1943. For all intents and purposes, Bose and his compatriots were on their way to the Viceroy’s Palace in Delhi in order to surrender. However, things were never that simple with the League. All the members of the IIL were prepared to give up everything including their lives to free their nation from the clutches of the British. Naturally, the word, surrender, was not in their vocabulary.

So, why were they going to the Viceroy’s Palace? Would their plan result in the independence of India or would they lose their lives in their pursuit of realizing a fantasy?

“The Chimerical War: Destiny of India” is a unique novel. Digisha personifies India. India herself is the narrator of the story. The years of subjugation had left India bereft. She had lost countless of her children due to the greed of the British. Once the golden sparrow of the world, she is reduced to nothing but a servant of the British Empire. Due to the draining of her wealth, Bengal is on the brink of an epidemic. She is pained to see her children go hungry. Even more painful is the fact that some of her own people are reluctant to free her. I loved the way Digisha portrayed the gradual burgeoning of hope in India’s heart. In the beginning, independence was only an unrealistic dream for her. However, the League’s efforts convinced her that freedom is truly her destiny.

All the characters in the book are beautifully drawn. Bose’s sheer determination and his burden of being the leader are aptly portrayed. Patel’s steadfast nature, Gandhi’s insistence to stick to his ideals, and the Princely States’ opportunistic behavior were depicted in a neutral manner. Col. Lakshmi’s valor and intelligence are admirable. Col. Prem Sehgal made me laugh and cry. I was on tenterhooks whenever he was in danger. His skirmish of wits with Lakshmi was adorable. Captain Ahilya Bhonsle and Captain Kaur were true daughters of the nation. Arjun Batra and Chitra’s love story added a flair of love to the story. The banter among all the IIL members reflected that they were indeed a family.

Digisha weaves a story that keeps the reader hooked throughout. I rooted for the League from the beginning. I was afraid of anything going wrong. I was enraged when the Indians themselves went against the League for their own self-interests. Digisha did a beautiful job when she alluded to the self-serving nature of some of our revered nationalists in a subtle manner. That is indeed admirable. I truly wish the events of the book had played out in real life all those years ago. Perhaps then, we would be seeing a completely different phase of our beloved India today.

Keeping in mind everything, I rate this extraordinary tale of valor and patriotism 5 out 5 stars.

One thought on “A Book Review by Kajori: “The Chimerical War” by Digisha”