A Book Review by Ashiyya: “Black, White, and Gray All Over” by Frederick Douglass Reynolds 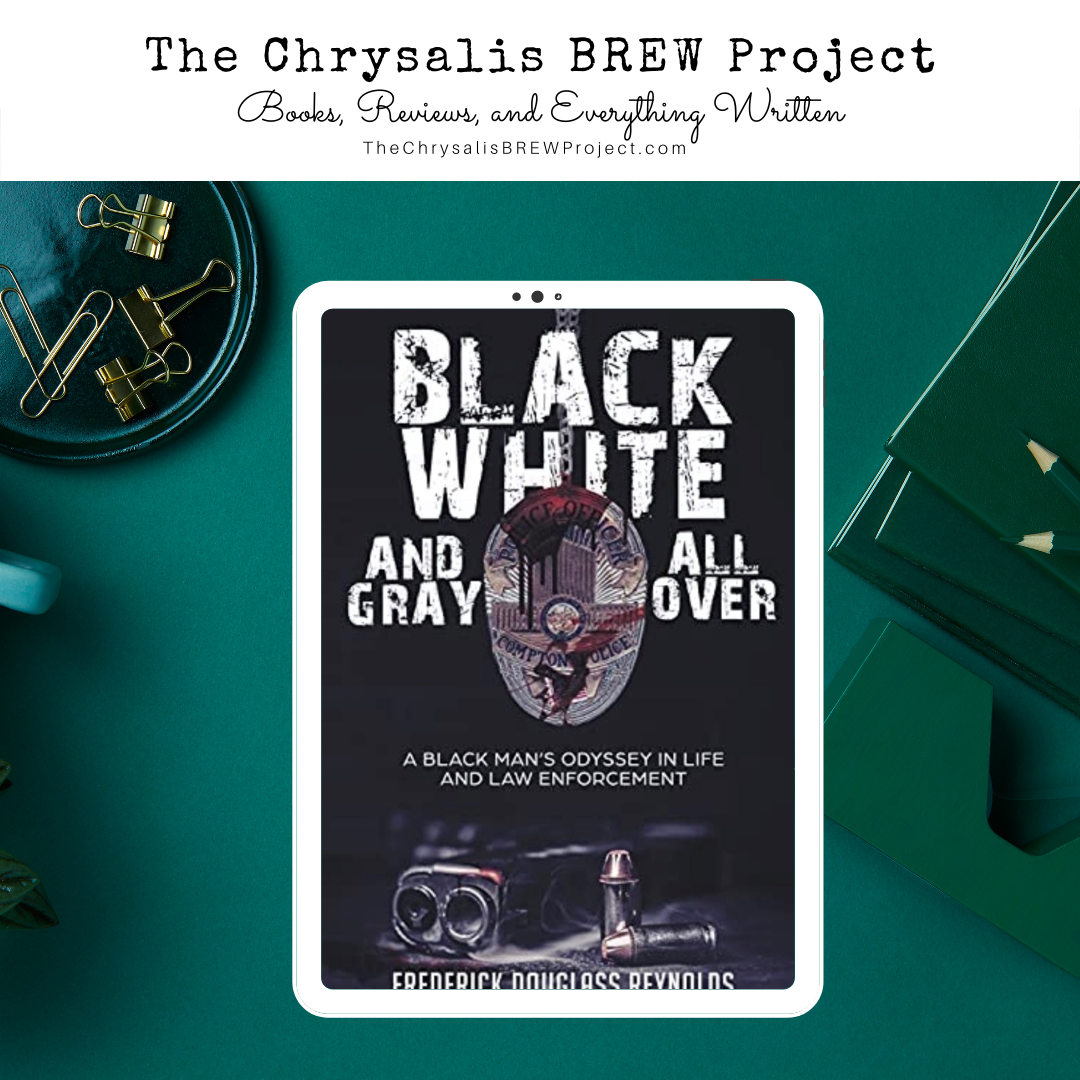 In “Black, White and Gray All Over: A Black Man’s Odyssey in Life and Law Enforcement“, Frederick Douglass Reynolds recounts his life and career. The multi-award-winning memoir is the BREW Readers’ Choice Award winner for April 2022.

“Black, White, And Gray All Over” by Frederick Douglass Reynolds is an insightful and informative memoir of a black cop who has served the Compton Police Department for decades as he dealt with vandalism, narcotics, shoot-outs, and murders. It is a tale of the perseverance of a black man against hidden traumas, the racial discrimination in personal and professional life, the lurking odds that kept him struggling throughout his life, and most of all, his triumph and ultimate redemption from these inner dilemmas.

Frederick Douglass grew up in Detroit at a time when racism and resentment had become palpable. Detroit had become the symbol of two races – black and white. Blacks constantly faced humiliation at the hands of whites, mainly by white cops. As a young man, Reynolds also endured emotional and physical abuse at home, and his trauma resulted in his connection with gangs and drugs that thrusted his life into a gloomier phase. However, his earlier life eventually led him to join the US Marine Corps in 1980. Later on, he also served as a cop in the Compton Police Department and as a detective in the Los Angeles County Sheriff’s Department for thirty-two years.

In his autobiography, Frederick recounts the state of affairs of Compton City, including the political upheavals it faced over the decades. Moreover, he reveals the challenges he faced in the police department as a black cop, and how his early marriage remained in doldrums until he got out of the quagmire. His life has been a roller coaster of emotions that haunted him at every level yet demanded a more resilient approach to deal with the constantly evolving situations. This memoir is a blend of hope, fear, trauma, and most aptly, a story of a boy who faced multiple challenges from childhood to adult age.

The most appealing thing for me is how the author came out of an uncouth background and tried to turn himself into an admirable role as a father, husband, and professional cop with the black identity that is often stigmatized in various forms. It is quite notable how he turned from an adroit pickpocket and stealer to a forthright law-enforcing personnel. The book is quite engaging and, in several places, there is a mix of humor and satire that makes this memoir interesting to read.

Frederick demystifies how he kept himself level-headed during his service as a cop and detective amid several instances of racism and multiple challenges a black cop had to face both from the public and his colleagues. It is adorable that, despite the prejudiced treatments he got, he tried to maintain the standard of a truly professional cop by working impartially and honestly for all, regardless of race and color.

“Black, White, And Grey All Over” takes the reader to the 80s and 90s as the police department evolved in Compton and gives a glimpse of the challenges it faced at the time. Also, the general rift between the police and public, and the pressures the police had to endure while responding to gangs, and the brutal incidents that had a toll on the police personnel’s personal lives are salient parts of the piece.

This autobiography is a mini encyclopedia of the political and administrative history of Compton City and its adjacent areas. The author thoroughly describes the role of the police department, his peers, and the racism that existed in those times, still erupts from time to time, and compels people to launch movements like “Black Lives Matter.” Additionally, Reynolds has provided a list of all those officers who worked with him in different departments during his service.

The book is an absolute fit for police cops, particularly in the US, and for the people of Los Angeles County who have an interest in the history of Compton City. It can also serve as a reference book for the Compton Police Department.

I am a book reviewer, digital content specialist, blogger, and self-publisher who loves to create children’s resources and personal organizers. I am passionate about books. I am fond of traveling to new places and writing about travel, personal growth, and my favorite books. In the future, I would like to write about travel, health, fitness, different products, and books.

One thought on “A Book Review by Ashiyya: “Black, White, and Gray All Over” by Frederick Douglass Reynolds”