A Book Review by Kajori: “Black, White, and Gray All Over” by Frederick Douglass Reynolds 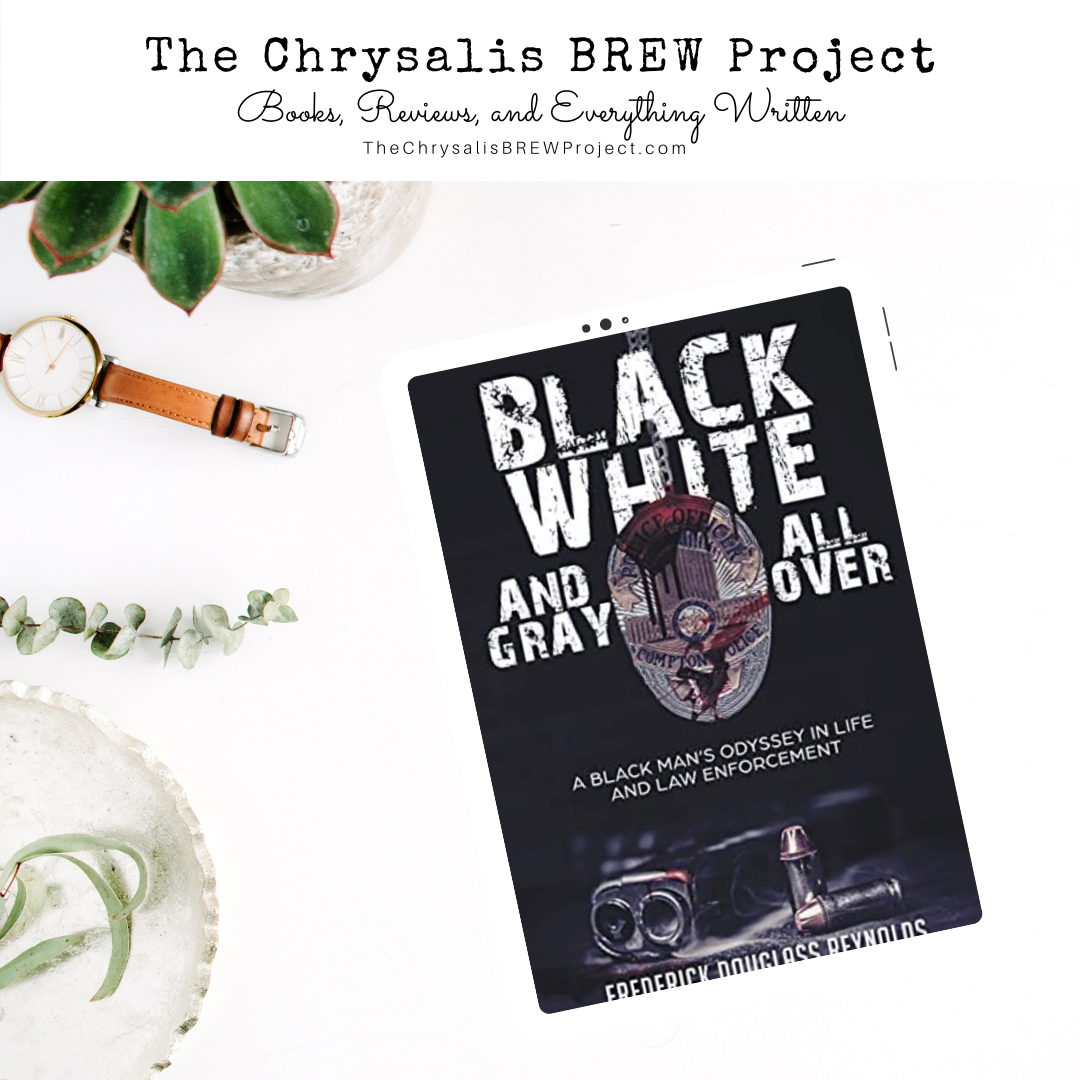 Frederick Douglass Reynolds chronicles his life story in the multi-award-winning Black, White and Gray All Over: A Black Man’s Odyssey in Life and Law Enforcement. He takes the reader on a roller-coaster ride filled with the ups and downs of a well-lived life. The book is also the BREW Readers’ Choice Award winner for April 2022.

Whenever we hear the phrase “black and white” our minds inevitably wanders in either one of two directions. We may either think about people or things being absolutely wrong (a.k.a. “black”) or right (a.k.a. “white”). If not this, we tend to reflect on skin colors. However, things are never quite that simple. Nobody or nothing can be absolutely black or white. There is always a gray area. Similarly, our skin colors should not be the determining factor in our lives.

Frederick Douglass Reynolds depicts both these facets in his book, Black, White and Gray All Over: A Black Man’s Odyssey in Life and Law Enforcement, in a relatable manner. His colorful life story underscores the importance of a well-lived life. Born in Virginia, Reynolds’ life took a turn when his parents moved to Detroit to start life anew. His parents’ troubled marriage pushed him toward an undesirable path. He took a leap and joined the army to escape the increasingly dangerous life he had trapped himself in. However, it was not until he joined California’s Compton Police Department that his life took a drastic turn. Years in law enforcement gave him the opportunity to witness the highest of highs and the lowest of lows of human life. His past and his job affected his personal life as well. It was not until he met Carolyn, that he gradually began to bring his life on track. It is truly worth watching Frederick Douglass Reynolds relentlessly working to achieve his dreams. Indeed, he takes us on a thrilling roller-coaster ride filled with life lessons.

Black, White and Gray All Over: A Black Man’s Odyssey in Life and Law Enforcement is a book that is almost four hundred pages in the copy I have and lengthier in another version. This long treatise is divided into two parts. It is worth mentioning that, despite its length, it is well-edited. Reynolds has penned all his experiences ranging from his childhood in Virginia and Detroit to his career as a cop in Compton. He has covered all the good, bad, and ugly of a cop’s life. It is astonishing to see that everyone is not always as they appear. To my utter surprise, many of the people to whom I took a liking in the beginning turned out to have darker sides. I could name at least three such enigmatic characters among many, if only that won’t make me guilty of giving out “spoilers.” I truly applaud Reynolds for dealing with the often-avoided topics. I loved how he made heroes out of the obscured. Even with Fat Jack’s relatively short presence in the book, Reynolds made me look up to the character. Also, I have to mention that I liked the way Reynolds showed the changing face of corruption across different decades. Crime is not only prevalent among the gangs that rule the streets, but also behind the doors closed by politicians and people in power.

Frederick Douglass Reynolds is a prolific author. He uses simple words to tell us his story. From the complex gang culture in Compton to the intricate intrigues of politics, all are portrayed in a vivid and realistic manner. He does not sugar-coat anything. He does not shy away from talking about his own mistakes. Reynolds makes the reader cry at the most unexpected times. His last conversation with his father was heart-tugging. I wish they had more time together. His complicated relationship with his mother and children were showcased in an amazing manner as well. I have to mention that the fate of Kevin Burrell and James McDowell would haunt me for a long time. The mindless murder of innocent bystanders also left a mark on my mind. At the same time, I would like to say that Reynolds’ book is not without humor. The banter among Reynolds and his friends is fun.

Through his life story, Reynolds teaches us that race is not something that can determine a person’s character. Undeniably, he had experienced the harsh hand of racism throughout his life at different junctures. However, at the same time he had met “white” people who were far friendlier to him than some people of color. In fact, it was Frailich, a Jew, who helped him at one of the most crucial times of his life. Indeed, it is one’s actions that matter and not their color.

Similarly, Reynolds depicts that it is not right to stereotype all cops based on the actions of a few. George Floyd’s death invoked anger and sadness all over the world. At the same time, it crystallized the brutal image of cops that has always been there in the backs of all our minds. However, we have to understand that the action of one demented police officer does not give us the right to undermine the honesty and hard work of countless others. Cops put their lives on the line to protect their communities. Many lose their lives in the pursuit of hardened criminals. Hence, it is unfair to lump all these brave men in one category with a few corrupt ones. We have to remember that every profession has good and bad people. There is no such thing as complete black and white. A fine gray area always exists between the black and the white.

One of my biggest take away from Black, White and Gray All Over: A Black Man’s Odyssey in Life and Law Enforcement is that one can achieve anything one aspires to if only one strives hard for it. Frederick and Carolyn’s pursuit of realizing their American Dream is truly admirable.

It is a great read for people who enjoy memoirs and cop stories. The book effortlessly endows the reader with many valuable life lessons. I am more than happy to rate this book 5 out of 5 stars.

One thought on “A Book Review by Kajori: “Black, White, and Gray All Over” by Frederick Douglass Reynolds”