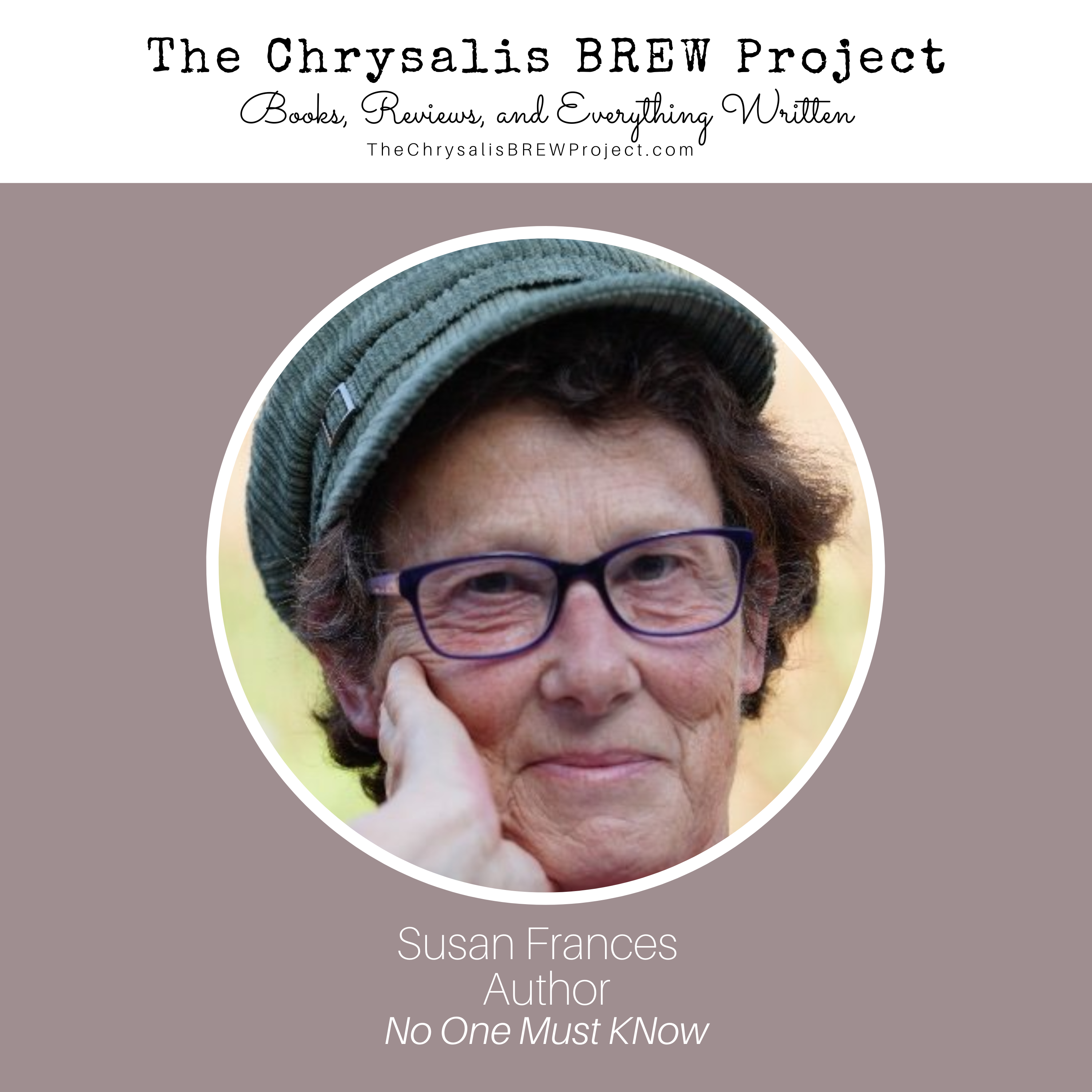 Susan Frances’ grandfather’s tales of their Devon ancestors have always interested her, even though she was born in Surrey, England. Later, after doing some family research, she was motivated to write No One Must Know.

She moved back to Devon, where she has family, and is not far from the Ashetyne village that appears in her book.

Susan likes gardening and going on walks with her husband and their dog, Finn, when she is not writing.

Yes, the house was full of books.

I don’t know when I started reading but I do remember hiding under the bedcovers with a torch so I could read after Mum had turned out light out.

Black Beauty was and still is one of my favourites. As a child, it was so sad but had a happy ending and as an adult, the social and animal welfare issues become apparent. When you think Anna Sewell was young when she wrote it, it is very perceptive and as a result, the first animal welfare act became law.

I was ten years old and I’d already written short stories. Loving horses and influenced by Black Beauty, I wrote the story of a horse called Amber. I sent it to Armada publishing and months later received a very kind rejection letter.

The murder that I never intended. I finished the chapter and thought, the characters were supposed to have a drunken brawl, how did that happen? Then, of course, I had to solve the murder!

Have belief in your work. Of course there are techniques, but at the end of the day, trust your instincts and find yourself a good beta reader and editor.

So many but C J Sansom immerses the reader in the period and his characters are real.

Book 2 of The Chiddleigh Saga is in its final stages. It continues the story from the end of Book 1 with Thomas as the young Lord trying to save his people from the plague in 1348 with twists, turns and intrigue.

Each book stands alone but the saga will follow the Chiddleighs through to the 1960s but I’ve no idea how many books that will be!

Know more about our author via the following link: