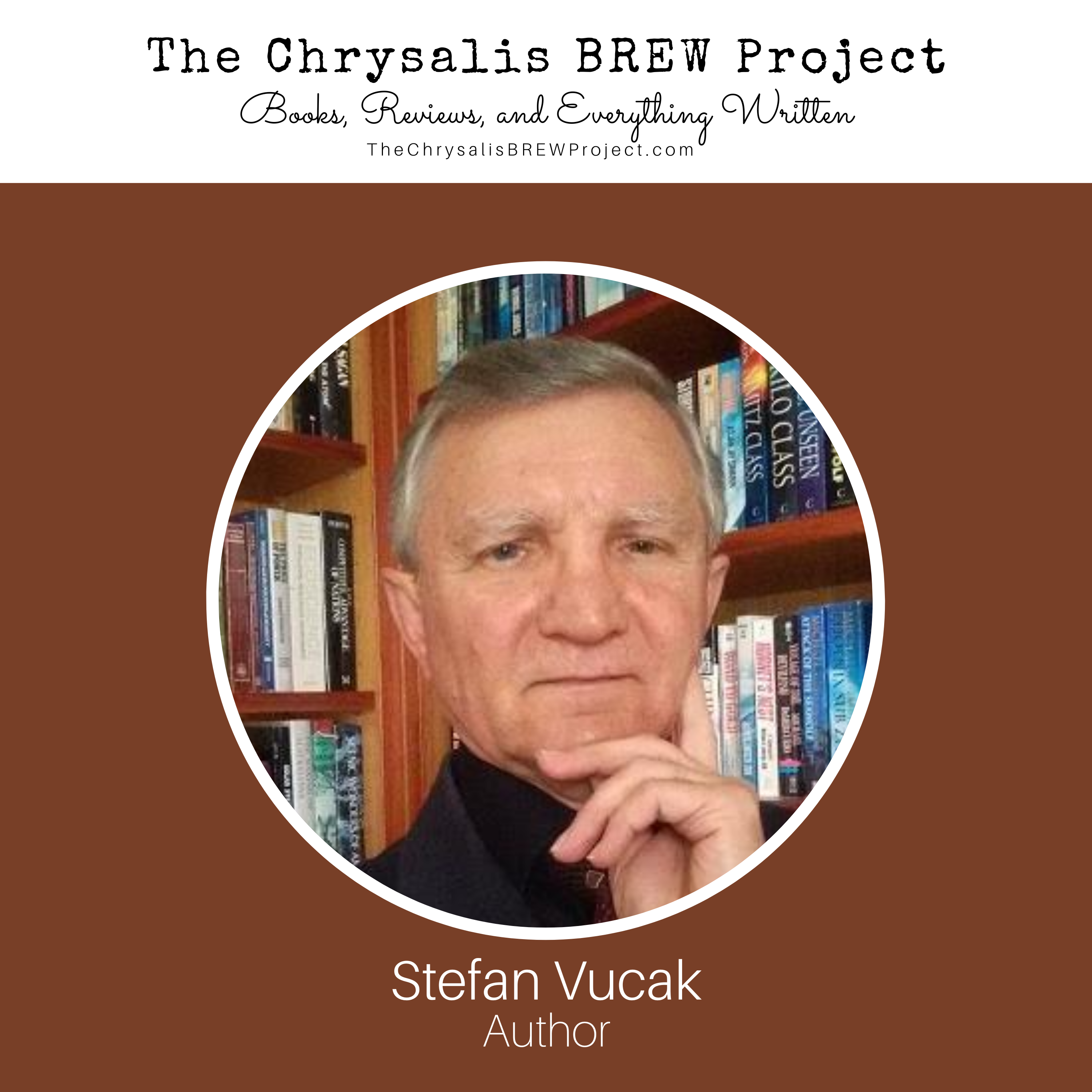 Stefan Vučak leveraged a successful career in the Information Technology industry that spanned project/program management, strategic consulting, and infrastructure management. He spent three years in the United Arab Emirates and Qatar working on the implementation of cellphone systems. After the sudden tragic death of his parents, he returned to Australia. During his professional career, he spent time writing short stories and began work on a science fiction novel that would eventually form a series of eight books in the ‘Shadow Gods Saga’. When he retired, he took up writing full-time, which resulted in a series of contemporary political drama/thriller novels, all self-published. He also spends time as an editor, and book reviewer, and helps other writers publish their works. Over the years, Stefan has accumulated a lot of information about writing, editing, and the publishing industry, which resulted in a book ‘Writing Tips for Authors’, articles designed to help new and established authors avoid some of the pitfalls that await the unwary.

In addition to eight ‘Shadow Gods Saga’ novels, he has written two additional science fiction books, Lifeliners and All my Sunsets – a break from writing contemporary thrillers. Most of his latter works deal with contemporary geopolitical scenarios and their impact on everyday people. Stefan has been fortunate to gain several awards for his works. His Cry of Eagles won the coveted Readers’ Favorite silver medal, and his All the Evils was the prestigious Eric Hoffer contest finalist and Readers’ Favorite silver medal winner. Strike for Honor won the gold medal. His latest novel, F/X-26, thrusts readers into a very topical area of sixth generation air superiority fighters, and what an individual is prepared to do to have his concept approved – even murder.

Author’s Response: Since I learned to read, I loved reading books. Some kids liked sports and playing outside. I did too, but I always loved reading. I cannot say why. Perhaps reading gave me a window into worlds through which I could roam with my imagination.

Author’s Response: Six or seven, I guess. First, having to read picture books during class and for homework, and later for my own pleasure. Looking back, I guess escapism is the best way I can describe my love of reading.

Author’s Response: Jules Verne’s 20,000 Leagues Under the Sea – a picture book I came across at school. Once I got hold of it, I was hooked forevermore. It opened a world for me I never knew existed. For a highly imaginative kid, that is all it took to set me on a path of more reading.

Author’s Response: I guess I started thinking about writing after the first two years in secondary school while taking English class lessons and reading prescribed books – some were torture for kids and should have been banned! After writing school essays, I though writing a book would not be all that difficult.

Author’s Response: The greatest obstacle I faced when I started writing short stories – my training wheels – was putting into words what roamed through my head. It took a while to get those two to work in sync. I persisted because I had something to say and I wanted to share my stories.

Author’s Response: Every aspiring author thinks he or she knows hot to write! Sadly, after having reviewed many books, many don’t know how to write, compose sentences, or understand basic English grammar. With self-publishing so easy to upload material, it tarnishes the medium for respectable authors. What works for me is organization: outlining and plotting before starting to write, followed by ongoing editing and more editing. Every writer should learn to be his or her own harshest editor.

Author’s Response: Over the years, many authors have influenced me. In science fiction, the oldies like Asimov, Clarke, Zelazny had an impact. Later, Mary Stewart’s Merlin books had a great impact. I liked Dale Brown’s action/war books, but he turned into a pulp trash writer, which was sad to see. Same for Stephen Coonts.

Author’s Response: It will take me several more months to complete. In the meantime, I will review books and provide services to other authors.

Know more about our author via the following links:

One thought on “Meet our Author: Stefan Vučak”