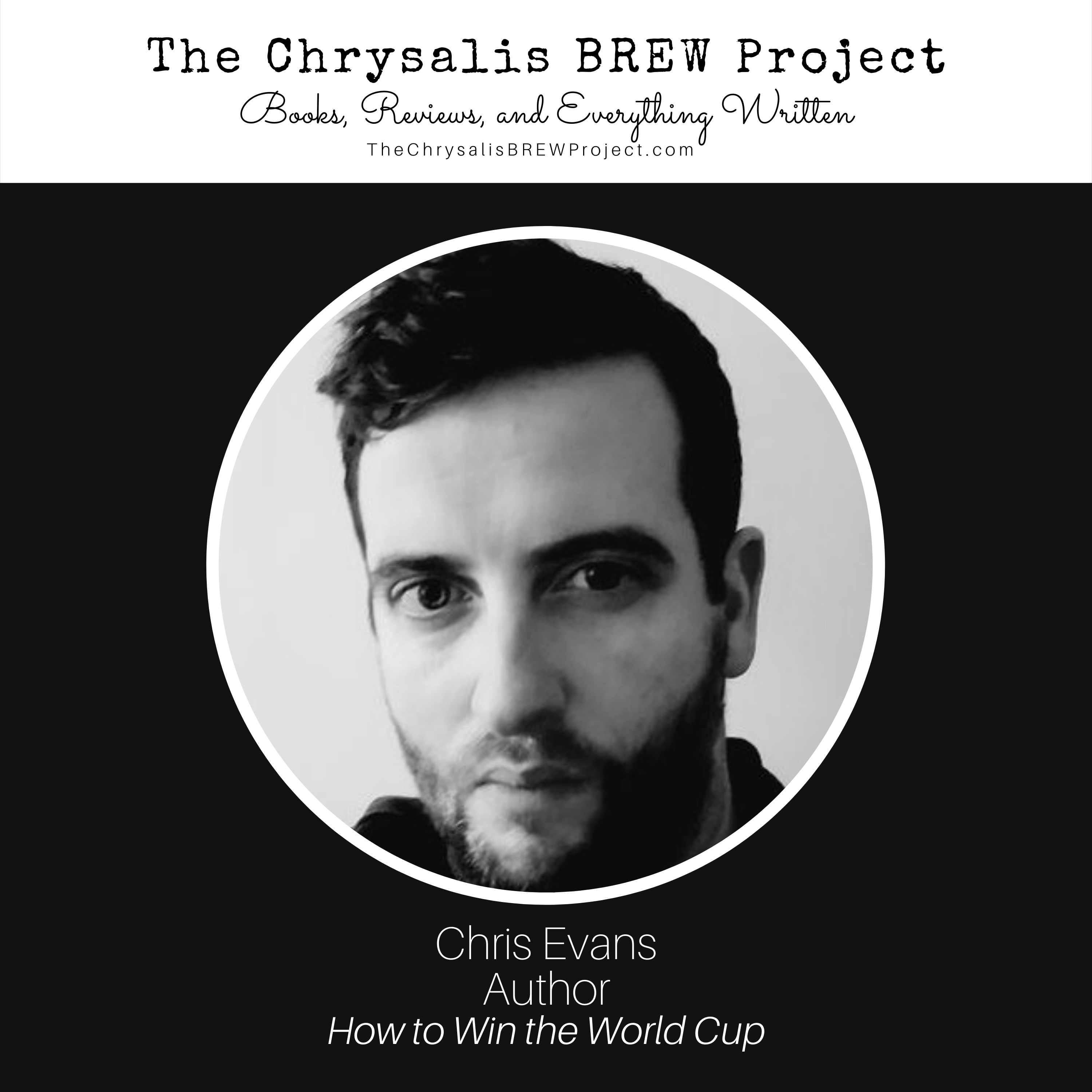 Chris Evans is a freelance football journalist who has written for several national titles across the past decade. Chris is a regular contributor for FourFourTwo magazine and has also had bylines with the likes of The Guardian, Independent, BBC Sport and Mail Online.

How to Win the World Cup is Chris’s second book following the publication of Learning Curve in 2017, but his first with a major publisher. The book includes dozens of exclusive interviews with big names from previous tournaments, such as Sir Geoff Hurst, Luiz Felipe Scolari and Jamie Carragher, and managers currently involved, including Roberto Martinez.

Author’s Response: Yes, I loved books when I was little. I was fascinated from a young age because not only could I read stories, but I saw it as a gateway to understanding the world around me.

Author’s Response: I started reading when I was four. I used to sit and read a lot with my mum and told her one day that I “had a secret” and it was that I knew some of the words. From then on, I was hooked.

Author’s Response: I don’t have a book that stands out as being my first that I read, although I do still have books that I read when I was a child. One that I remember looking at a lot was The Adventures of Brer Rabbit and Tar Baby.

Author’s Response: I used to write stories as a child, but I never thought about it being a book. It first came to reality after I’d been a journalist for a while and it appealed to me to have something that was entirely mine and telling a story over a sustained product – even more so than simply a feature in a magazine.

Author’s Response: The greatest obstacle with How to Win the World Cup was probably also one of its strengths in that it was commissioned in late 2020 when Covid was in full force. This meant that I had to source interviews and carry them out entirely from my kitchen table, which is probably pretty unusual for a book like this. In hindsight it’s possible that became an asset because a lot of big names who may have been busy otherwise were available to talk for the book.

Author’s Response: Find your niche. This applies across any type of writing (long or short form) that you need to have something that’s unique to you and you can be an expert on. The reality is, you’ll probably know your niche already without knowing it because you’ll be interested in a particular thing or sub-section that makes you an expert.

Author’s Response: Living on a Volcano by Michael Calvin is brilliant and was a great look at the world of a club manager. The writing and subject matter were a great inspiration.

Author’s Response: I intend to write another book in the future, expanding on the theme established with this one. In the meantime, I’ll continue to appear in magazines and newspapers, and on websites.

Click here to know more about our author’s book, How to Win the World Cup.

One thought on “Meet our Author: Chris Evans”