Featured Book: “A Time to Forget in East Berlin” by CG FEWSTON 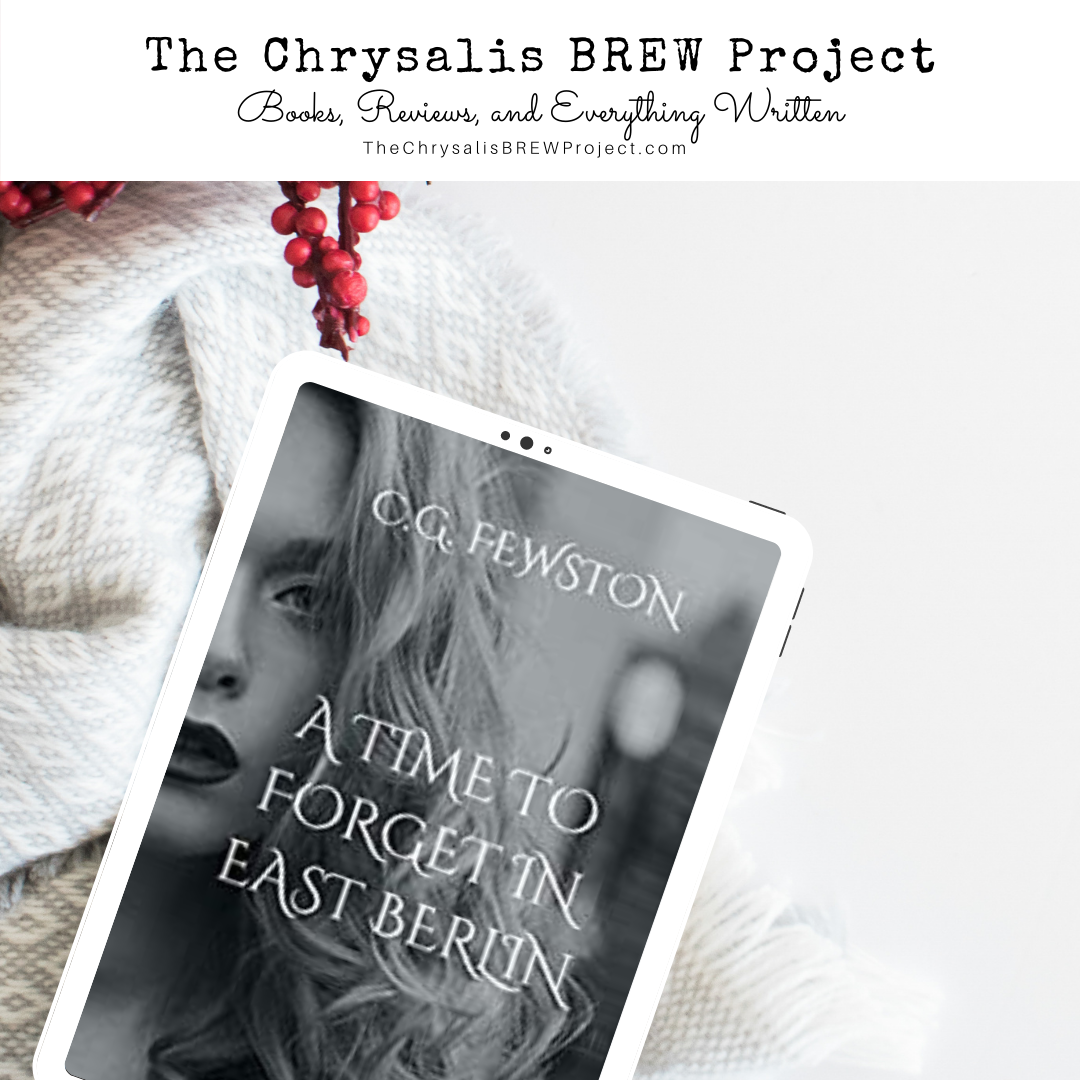 Title: A Time to Forget in East Berlin

East Berlin, 1975. Former CIA officer John Lockwood has recovered from serious gunshot wounds he received at the end of A TIME TO LOVE IN TEHRAN (2015) when he meets Nina Rosenberg, a lively twenty-year-old who finds herself wishing to leave East Germany for America.

John & Nina have a summer romance in the forests outside of East Berlin, where they befriend an old man named Zehrfeld. John soon finds that Zehrfeld knows much more about him and his past and that the Stasi, East Germany’s Secret Police, are keeping a close eye on the American.

When Nina becomes pregnant, John is forced to reconcile the life he has as a rogue spy hunting down the Heads of Leonidas and having a family with Nina.

The choice is not an easy one for him to make.

Feedback for the book

“A spellbinding tale of love and espionage set under the looming shadow of the Berlin Wall in 1975… A mesmerising read full of charged eroticism.”

“A Time to Forget in East Berlin is a dream-like interlude of love and passion in the paranoid and violent life of a Cold War spy. The meticulous research is evident on every page, and Fewston’s elegant prose, reminiscent of novels from a bygone era, enhances the sensation that this is a book firmly rooted in another time.”

“An engrossing story of clandestine espionage… a testament to the lifestyle encountered in East Berlin at the height of the Cold War.”

“There is no better way for readers interested in Germany’s history and the dilemma and cultures of the two Berlins to absorb this information than in a novel such as this, which captures the microcosm of two individuals’ love, relationship, and options and expands them against the blossoming dilemmas of a nation divided.”

“This stand-alone story is both a powerful compliment to its predecessor and a testimony to the strength of a writer who allows the personal and the political to intersect along the road of life in delightful, refreshingly evocative ways recommended for literary, historical fiction and novel readers alike.”

“Readers who enjoy poetic prose and descriptions that go beyond an action-oriented or political inspection focus will relish this story — which means that it will reach beyond the usual audience of war fiction epic readers to tug at the hearts of those who may not have anticipated such a compelling blend of descriptive prose and psychological inspection.”

4 thoughts on “Featured Book: “A Time to Forget in East Berlin” by CG FEWSTON”