Featured Book: “The Compelled” by Adam Roberts and François Schuiten 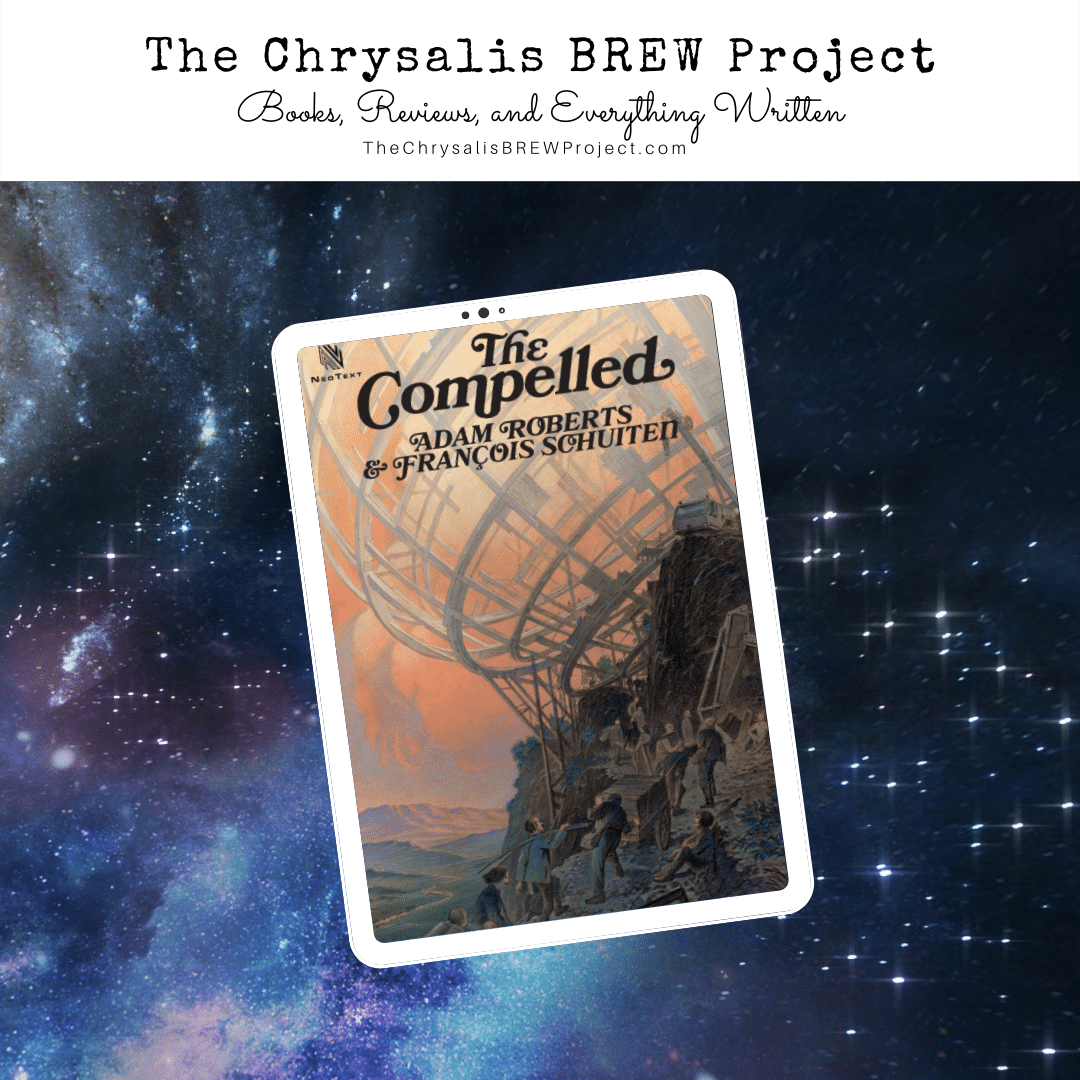 The Compelled is part one of a two-part science fiction novella series by Adam Roberts, who is nominated for an Arthur C. Clarke Award for his work on The Thing Itself, and François Schuiten, who won the prestigious lifetime achievement award from the Angoulême International Comics Festival. This is the first book-length science fiction work that Schuiten has illustrated.

Humanity has undergone a remarkable transformation. Nobody is exactly sure how, why, or when this change occurred, but a number of seemingly unrelated, dispersed individuals have developed an uncontrollable urge to move things from one location to another, where they accumulate and start to form increasingly strange, monolithic structures that seem to have significant technological implications. Some of the items are commonplace everyday items like a butter knife that was taken from a breakfast table while still greased or a dented cap that was popped off a beer bottle. Others are considerably more complicated, such as the turbine of a test jet engine or the centre of a secret weapon that dates back to the worst hours of World War II.

What is the source of the compulsion? What will they do when the machines they are developing eventually start up? That is perhaps even more crucial.

More about the Writers

One of the most significant science fiction authors in the UK is Adam Roberts. For the Arthur C. Clarke Award, he has received three nominations: in 2001 for his first book, Salt; in 2007 for Gradisil; and in 2010 for Yellow Blue Tibia. In addition to the 2012 BSFA Award for Best Novel, he also received the John W. Campbell Memorial Award. Roberts contributes to the SF ENCYCLOPEDIA and writes science fiction reviews for The Guardian. He belongs to the Royal Society of Literature as a Fellow. Many critics, both within and outside of the genre, have complimented his science fiction, with some drawing comparisons to writers like Pel Torro, John E. Muller, and Karl Zeigfreid.

Belgian comic book creator François Schuiten was raised by architects. He has collaborated with Benoît Peeters on The Obscure Cities series since 1980. Numerous international honours have been given to his graphic books, which have been translated into a dozen different languages. Throughout Europe, he has also produced several pictures, posters, and postage stamps. He was given the esteemed lifetime achievement award by the Angouleme festival in 2002. In addition to writing his debut solo book, The Beauty, in 2012, he also created the Rail World Train Museum, which debuted in Brussels in 2015. His 2014 exhibition and companion book, Revoir Paris, received positive reviews from all over the world. His translation of the venerable French comic Blake and Mortimer was a smash bestseller in the French comics market in 2019, selling over 300,000 copies.

One thought on “Featured Book: “The Compelled” by Adam Roberts and François Schuiten”