A Book Review by Fermosalua: “Black, White, and Gray All Over” by Frederick Douglass Reynolds 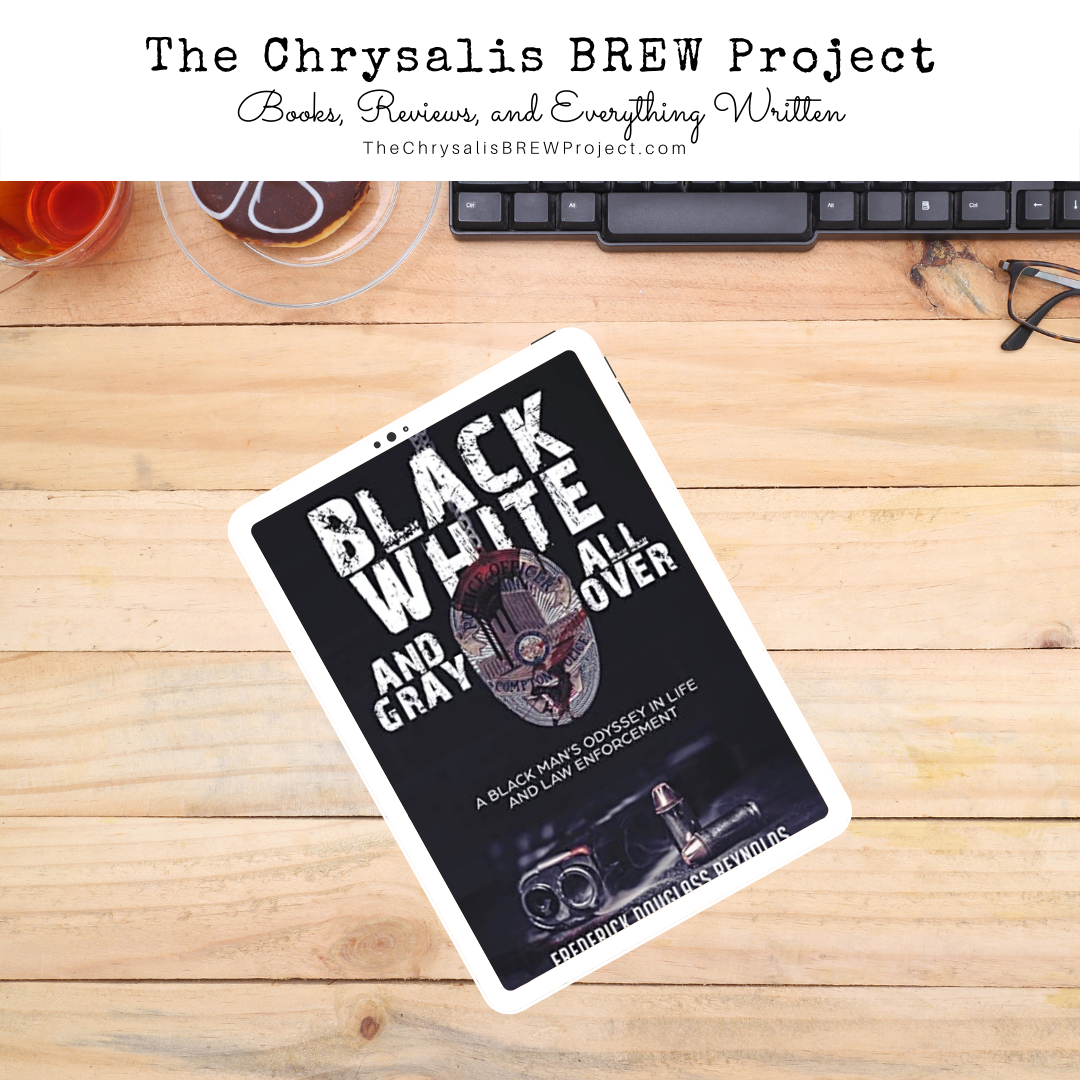 The multi-award-winning “Black, White and Gray All Over: A Black Man’s Odyssey in Life and Law Enforcement” by Frederick Douglass Reynolds is also the BREW Readers’ Choice Award winner for April 2022.

Fred Reynolds was the least likely person to become a police officer. Though not devoid of loving figures, he grew up in a family full of secrets and avoidance. Running from a chaotic household, lacking proper black role models, and with a justified disdain for a mostly racist police force, he was led astray for quite some time. I mean, this man’s pretty much the reason ‌they installed metal detectors at schools. But a chance encounter and a lot of determination made him devote his life to law enforcement, and he became one of the best. He has put his heart and soul into making the life of Compton, California, better and safer. In “Black, White, and Gray all Over,” he gifts us with his story and even better yet, with his insights.

“Black, White, and Gray All Over” by Frederick Douglass Reynolds is what I would call a “selective memoir.” The author narrates a little about his origins, his childhood, and his personal life, but primarily focuses on his job in Compton PD, and the challenges this force faced. He focuses on how racism permeated almost every decision that was taken, on the gang problem that Compton faced, and on the intricate web of corruption that entangled this force. It stands out that the author has been writing this book almost his whole life in the way of notes. Memories play tricks on us, and everyone knows our recollections are not reliable. But, in this way, we get the raw account of what was happening at the time and not the polished version that hindsight brings.

The pacing of this book is perfect: fast-paced, and similar to reading a hundred crime short stories all at once. The intricacies of day-to-day police work are fascinating, and the skills it takes are mind-blowing. I was especially in awe of the clever way in which they captured a PCP dealer using only a cigarette, even when he had dumped the evidence. Trust me, CSI has nothing on these guys.

The author doesn’t beat around the bush, nor does he sugarcoat things. He keeps his ideas and actions grounded and down-to-earth. This leads to some powerful reflections, such as “I didn’t want anything given to me because I was Black, but I wasn’t going to be deprived of anything because I was.” Fred Reynolds never allowed himself to be a victim of racism, but an active fighter that acknowledges that “To categorize all members of any race or profession in […] general terms is moronic.” On the downside, this narrative style could be found offensive or crass. I have to admit I felt a little uncomfortable with the way he had treated his countless conquests. However, he later admits this was not a proper way to treat women. In hindsight, I think I would rather have honesty than comfort, but some readers might feel differently.

My favorite asset of this book is the inherent contrasts to all humans, which are particularly outstanding in Reynolds. The tough guy, who swears like a sailor and is the nightmare of criminals, seems like a completely different person from the adorable grandpa that cuts his grandson’s sandwich just the way he likes it. This last facet endeared the author even more to me and made me reflect on the many roles we play in the various areas of our lives.

The author’s life is so rich that there are some loose ends and gaps in the narrative. Let’s be clear: I’m not pointing at a narrative flaw. I’m unashamedly asking for a sequel. I think Reynolds purposefully focused on some aspects and left others out. But I wonder, for example, what his opinion is about the illegal immigrants debate former President Trump set on fire. He mentions many of his Mexican coworkers in passing, but never deep-dives into this.

I rate “Black, White, and Gray All Over” by Frederick Douglass Reynolds 5 out of 5 stars because of the heart-thumping pacing, honest narrative style, eye-opening reflections, and meaningful subjects.
I think everyone should read this book, but grabbing a page from Reynold’s book, I’ll be realistic. As much as we’d want it, life is not linear, and neither is Reynold’s narrative: people come and go, some issues are left unsolved, and memories resurface in the least expected of times. Therefore, I wouldn’t recommend it for people who prefer fixed narrative structures or readers who don’t have the patience for an endless cast of characters. The author uses‌, for obvious reasons, a lot of terms related to the political and judicial organization of the United States. This might slow the reading for non-American readers like me.

I recommend this book for everyone interested in police and detective work, politics, sociology, the subtleties and complexities of racism in America, or gangs. Rap-star fans will have a field day with the inside information that the author brings on stars such as Dre, BIG, Snoop, and Tupac.

I advise you not to devour this book, as tempting as it is, but take your time to digest all the implications of what the author means. There’s endless wisdom in it. In my case, this meant also taking a little time to process the sadness and anxiety that so much violence brings. The book contains pretty much every mature subject one can think about. I usually would make this an automatic “only for a mature audience” recommendation. But the author’s reflections and his own story on how young people can change their lives even if they’ve made some bad choices make me think that, with proper supervision, this could be a very useful read for high school and up.

B.A. in Literature and Linguistics. Professional daydreamer, reader, and art-lover. Amateur artist. Housewife in my spare time. Words are my life so I strive to encourage authors and readers alike.