A Book Review by Kajori: “How to Win the World Cup” by Chris Evans 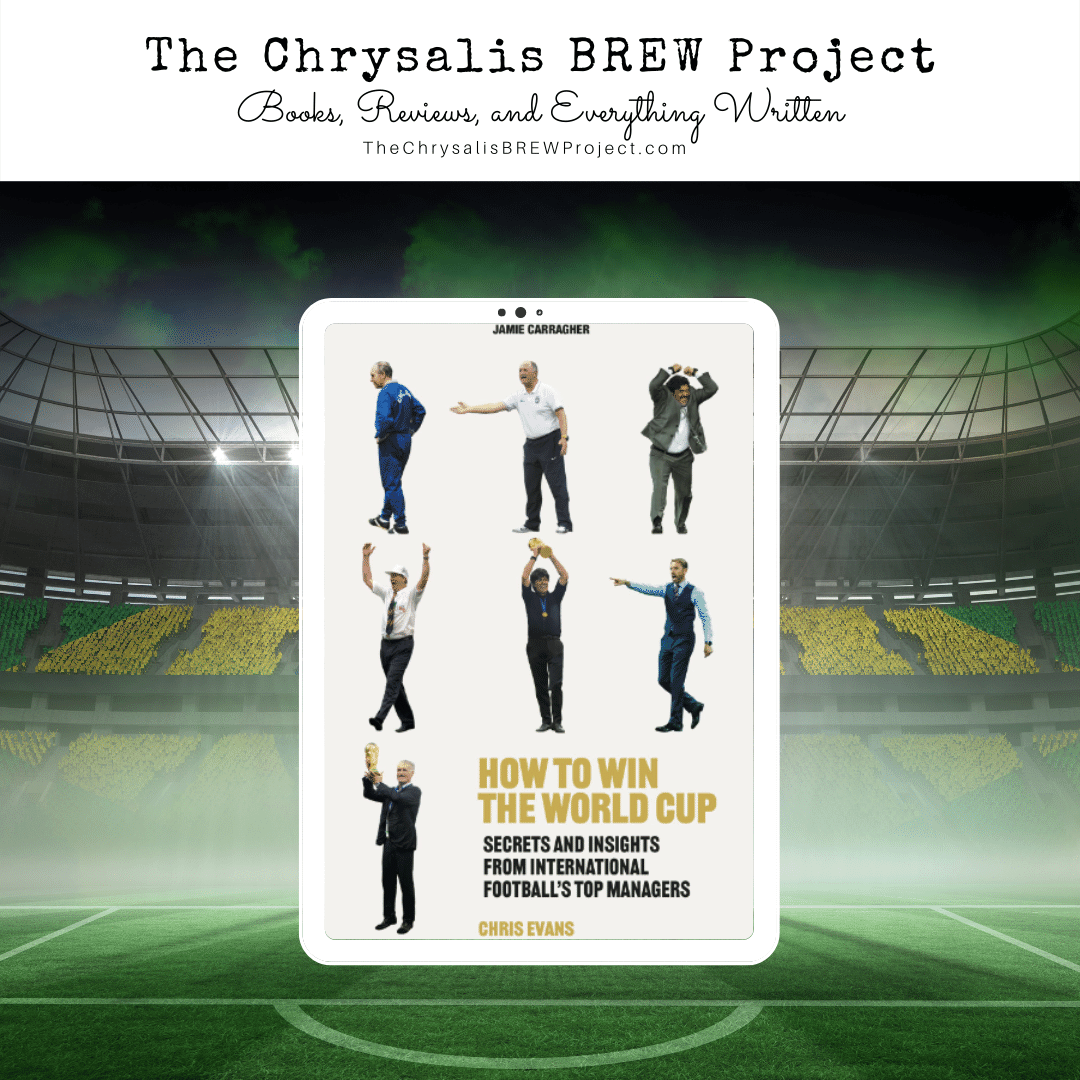 How to Win the World Cup: Secrets and Insights from International Football’s Top Managers is penned by Chris Evans. With his vivid writing style and direct contributions from world-renowned football stalwarts, Chris Evans brings to us the highs and lows of the ninety-two years of the World Cup.

The need to win is ingrained in human beings right from birth. Wars make this need all the more imperative. In the modern world, where wars are no longer the norm, man fulfills his desire to win in the arena of sports. The FIFA World Cup is one of the greatest stages where representatives of countries around the world come to showcase their mettle. Ever since Jules Rimet came up with the idea of a global football tournament in 1930, stalwarts worldwide have done their best to win the golden trophy at the event that is held every four years.

The World Cup creates a furor of passion that cannot be beaten. Chris Evans chronicles the highs and lows of the ninety-two-year journey of the World Cup in his How to Win the World Cup: Secrets and Insights from International Football’s Top Managers. In nineteen detailed chapters, he spectacularly lays bare the intricacies of the World Cup. From team selections to choosing captains, from being the underdogs to qualifying, from the exhilaration of the first-time win to the pressure on the champions in the succeeding tournament, Evans talks about it all.

Chris Evans seamlessly brings out the disparity between playing at the club level and at the international level. At the club level, managers have a greater amount of control over their teams. However, with the limited amount of time available, it becomes imperative for international managers to come up with ingenious formulas for success. They have to maintain camaraderie and instill a winning spirit in their players. When they have a golden generation in their hands, they have to make sure to make optimum use of them, especially if they are in charge of a small country with very little hope of coming up with players of caliber in the future. One of the biggest aspects of a manager’s job is to handle their team’s star player. A superstar can be a genius in the field, but quite an eccentric character in life. England’s Paul Gascoigne is a prime example. While he was an amazing player, his boundless energy off the field made him a tad tiresome at times for his teammates.

Sometimes, star players might also be the source of controversies. While some managers like Carlos Bilardo side with their star, in his case Maradona, others like Ally MacLeod prove to be incredibly strict in case of indiscretions. McLeod gave Willie Johnston no slack when he tested positive in a drug test after inadvertently taking Fencamfamine while consuming over-the-counter medicine for hay fever. The famous row between Mick McCarthy and Roy Keane also comes to mind while talking about managers who do not take well to controversies. Nevertheless, after reading Evans’ book, I have learned that it is very important for managers to build a professional bond with their captains. Rinus Michels’ relationship with Johan Cruyff or Bilardo’s bond with Maradona are some fine instances of coach-player partnerships.

Chris Evans masterfully portrays the intense passion that managers and players have in their bid to play in the World Cup. International bosses like Bora Milutinović and Carlos Alberto Parreira had led five different national teams to the World Cup. While Tom Saintfiet had only the goal of reaching the World Cup as he worked for twelve different nations on four different continents. Coaches and players give their all to achieve the elusive trophy. They even risk their lives. While Saintfiet had a scary run in Zimbabwe, France’s Michel Hidalgo’s very life was in danger when he and his wife were cornered by armed men on their way to Buenos Aires for the 1978 World Cup. During that time, the atmosphere in Argentina was tense under Videla’s reign of terror. The 1994 situation was all the more chilling. The Colombian team was threatened by various drug cartels from their home country. It was indeed tragic that the player, Andres Escobar, lost his life when he decided to return home.

Evans depicts the fate of the winners as well. Italy, under boss Vittorio Pozzo, is the only country to date which had won two consecutive World Cups under the same coach in 1934 and 1938. While stalwarts like Franz Beckenbauer and Aimiè Jacquet stepped down after leading Germany and France to glory, Italy’s Bearzot and Germany’s Löw had disastrous runs after becoming champions. Nevertheless, the drive to win the World Cup remains strong both for the winners and the underdogs.

How to Win the World Cup: Secrets and Insights from International Football’s Top Managers is a meticulously researched book that is a must-read for all football fanatics. Chris Evans gathers information from stellar sources. The book features contributions from soccer stalwarts like  Luiz Felipe Scolari, Geoff Hurst, Carlos Alberto Parreira, Pierre Littbarski, Roberto Martinez, Mick McCarthy, Thomas Brolin, Roger Milla, Jamie Carragher, Alexi Lalas, Patrick Barclay, Raphael Honigstein, and Graham  Hunter. Their first-hand account adds a personal touch while Evans’ vivid writing style transports the reader to the very time and place of the events. The photos of key moments from the World Cup in the centerfold of the book make it all the more special. Also, I like how the author includes an index of all the pertinent information at the end of the book.

Evans’ dedication and love for the game are evident in his book. He not only gifts us a history of football but also presents the current scenario.

His stories about the legends of yesteryears like Maradona, Pele, Southgate, and Cruyff among others to the heroes of today like Messi and Ronaldo, are sure to touch the heartstrings of football fans across generations.

How to Win the World Cup: Secrets and Insights from International Football’s Top Managers details the trials and triumphs of an international coach as he leads his team through the World Cup’s path of glory. I recommend this book to all sports junkies and football fans.

One thought on “A Book Review by Kajori: “How to Win the World Cup” by Chris Evans”