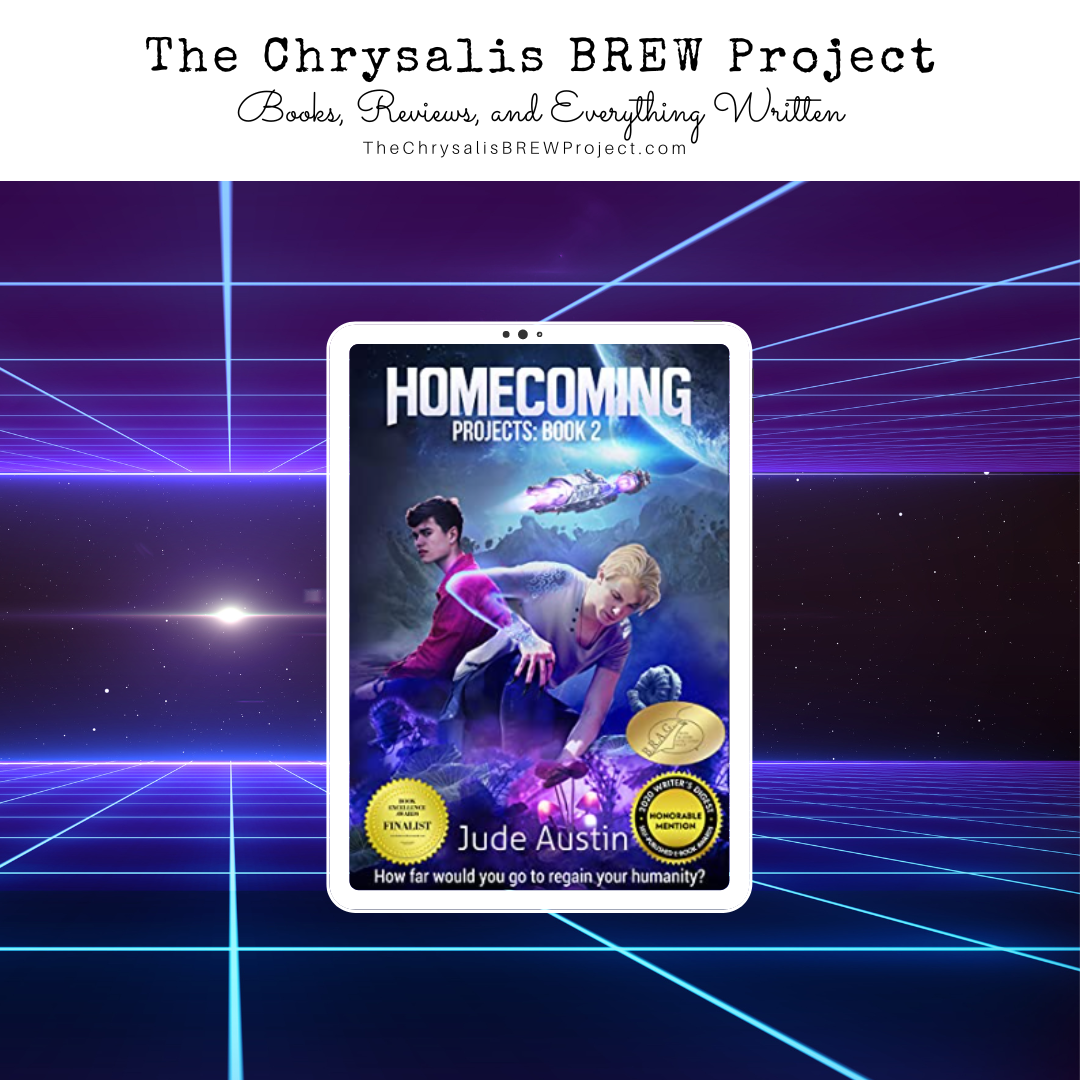 “Homecoming” by Jude Austin is a sci-fi realism book, meaning there’s very little in the way of traditional sci-fi. No AI/robots, no alien diplomacy, no dystopia, no epic space battles; just people living on other planets in the future. This serves to make the book accessible to people who would normally avoid sci-fi as a genre; it’s all about the culture and characters, not the science!

Homecoming stands apart from many science fiction books by refusing to use the same tired old formulae. There’s no AI/robots, no talking aliens, no massive space battles and certainly no dystopian settings or corrupt/evil governments. (Corrupt government officials, yes, but no planet is perfect!)

While this may seem a stretch, the universe of Homecoming was based on the idea of humankind starting society again from scratch, as five or six million people were forced to flee Terra and subsequently marooned on Akkhen with no tools or technology by the ship that was carrying them to safety. With no way to contact Terra, forced to rebuild literally from the ground up, the settlers were determined to learn from their ancestors’ mistakes, such as becoming too reliant on machines for everything.

The books take place nearly one thousand years after the landing, after humans have discovered other habitable planets in addition to Akkhen – Trandellia, Basarr, Drangyui and Atthiras – and the series is focused on people and life, not science. The locations and cultures are unique and planet-specific, while avoiding the replica-Earth syndrome; the planets have longer and shorter days, for example, and different sub-cultures within different planetary areas (a Trandellian from Cahrin will speak and act differently to a Trandellian from Shamar, for example).

Unlike books where the characters shrug off everything that happens to them like a bee sting, the main character, Kata, is shown to be severely traumatized by his imprisonment and torture at the hands of GenTech. A lot of research went into writing a convincing account of PTSD, and the reviews and awards that Homecoming won would seem to indicate that it paid off.

The book also uses Kata to illustrate two very serious issues. One is eating disorders; it’s hinted in the previous book that Kata is suffering from one, and this is outright confirmed in Homecoming. Eating disorders such as anorexia are considered by many in society – including some healthcare providers – to be a female-only problem, which is not just blatantly false but a dangerous assumption, as it leads to boys and young men being denied the help they need on the basis that, “you can’t be suffering from anorexia, because guys can’t get eating disorders!” Kata’s own battle with anorexia, while secondary to his main conflict with PTSD, challenges this view and will hopefully open the eyes of a lot of readers.

The second issue is emotional abuse within families. While physical and sexual abuse are treated extremely seriously, and rightly so, emotional abuse and neglect are often overlooked because they don’t leave any visible marks. The last third or so of Homecoming takes a look at Kata’s toxic relationship with his father, Ben Taylor, and how Taylor’s treatment of him played such a tremendous part in Kata’s fragile mental health. It explores emotional abuse, when a joke stops being a joke and the potentially tragic consequences of a parent shutting their ears to their child’s desperate plea for support. Taylor’s emotional abuse of his son derives from thoughtlessness and ignorance rather than deliberate cruelty, which is also an important point: many people have no idea how their actions are perceived by others, particularly their children. What seems like a fun joke or game to an adult is often no laughing matter for their children.

Finally, it also deals with the theme of human rights, especially with regard to human cloning. As a Project (cloned human) Tau is considered to have no more intelligence or rights than an animal and is required to have a human owner at all times. Although the series is not and should never be read as any kind of allegory to real-world events, either current or historical, the issues are very real. I strongly believe that while failure in scientific experimentation carries consequences, success carries even greater ones.

The above information had been supplied by the author or publisher.

Views expressed in articles and book reviews are the writers’ own and do not necessarily reflect the entire site’s. Our readers and writers are from diverse backgrounds.

One thought on “Featured Book: “Homecoming” (Book 2 of the “Projects” Series) by Jude Austin”

Nominate your book and get featured in The World's Best Magazine

Yes. We have made that possible, too.

You know what? You can be part of this as well.