Freedom & Fireworks: Top 5 Reads for the Fourth of July 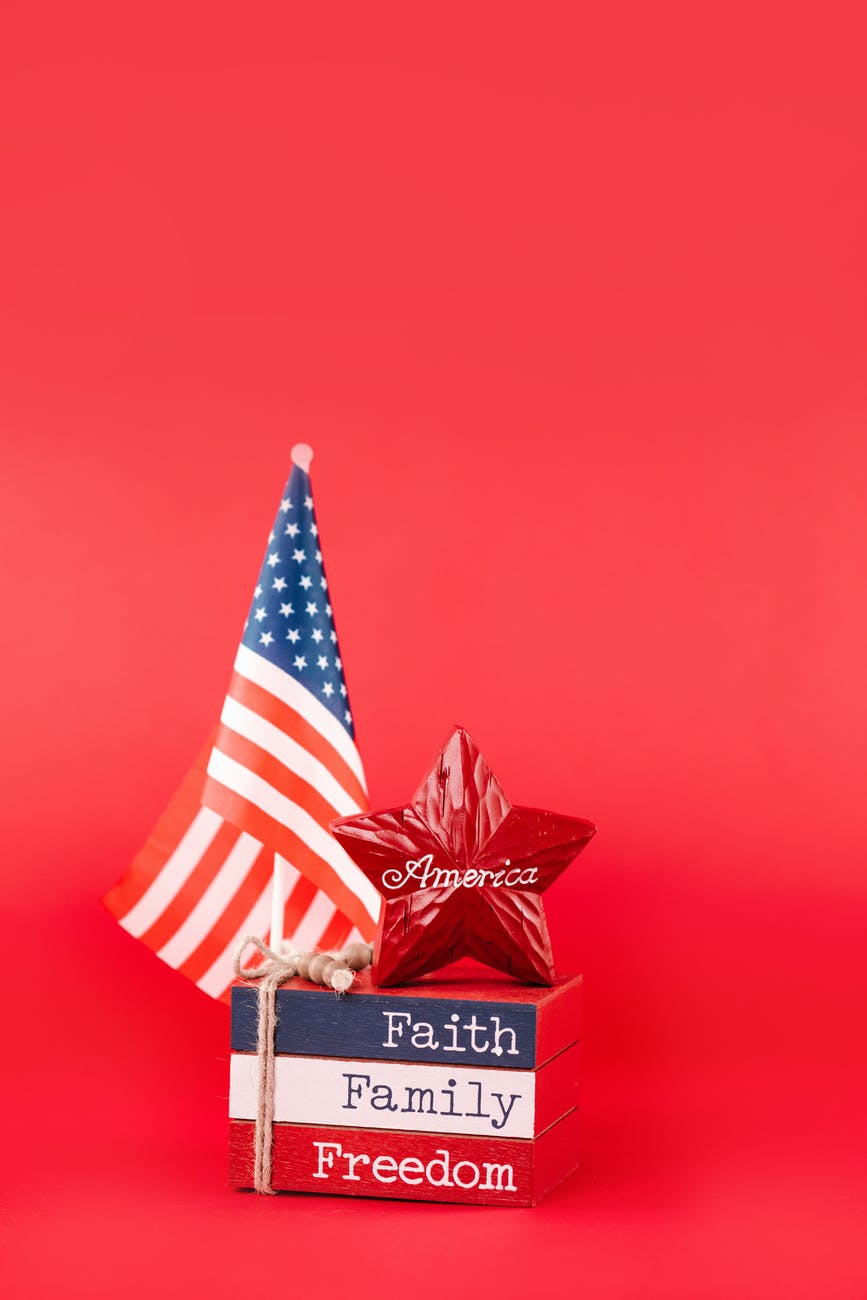 The year was 1776. A nation was born. A fledgling country declared its autonomy on the Fourth of July. Who knew that this country would go on to be a superpower in the coming years. Yes, we are indeed talking about the United States of America. Since that fateful day, America has been celebrating its birthday every year on the 4th day of July. For all Americans, it’s a day of freedom, festivities, and fireworks. On this day, US citizens tend to take a break from life and spend time with their families going on picnics or barbecuing in their backyards. BREW is an Aussie platform with a global reach and I am not American either, yet let’s join our US siblings’ celebration in our own bookish kind of way. If you’re an American, then this one’s for you, too.

Here I am with an amazing list of books that captures the spirit of the Fourth of July.

Creation of the National Anthem

Peter Spier is an award-winning author and illustrator. In his ‘The Star-Spangled Banner,’ he beautifully captures the emotions that are invoked in the hearts of Americans when they hear the national anthem. Perfect for children and adults alike, Spier visually interprets the verses of the anthem. The illustrations span from historical pictures to modern-day scenes. Considering that the book is aimed at children, Spier makes the wise decision of illustrating only the first, third, and fourth verse of the song as a pictorial interpretation of the second verse could be a tad graphic for the little ones. It is noteworthy that the book also consists of an afterword that explains the history behind the writing of the anthem. It also includes a photo of the original manuscript of the anthem as penned by Francis Scott Key. This celebratory book is ideal to instill the feeling of patriotism in children.

In Carolyn G. Hart’s ‘Dead, White, and Blue,’ Annie Darling is the proud owner of the bookstore, ‘Death on Demand.’ Despite her busy schedule, she and her husband, Max, enjoy their idyllic beach life. However, things change when Shell Hurst disappears after the Fourth of July fireworks display. Things become direr when another person vanishes into thin air. Annie and Max take it upon themselves to entrap the killer who intruded on their much-awaited Fourth of July celebrations. Hart’s book is a great read for anyone who is looking for an idyllic beach read with a dash of a murder mystery.

Book: A Fourth of July on the Plains
Author: Jean Van Leeuwen

In ‘A Fourth of July on the Plains,’ Jean Van Leeuwan depicts the simple yet glorious way the Fourth of July was celebrated in the 19th century by the pioneers. In the book, Jesse is flabbergasted when their wagon stops on a plain during the Independence Day holidays. He is unsure how to contribute to the celebrations. Right on the day of the festivities, he gets a brilliant idea. Jesse’s story highlights the innocence and exuberance of youth. The artwork in the book complements the story and makes it perfect for children. Coincidentally, the book is based on an account from E.W. Conyers’ diary. This book is perfect to impart a history lesson to the little ones in an enjoyable manner.

‘The Jefferson Key’ by Steve Berry takes the reader on a roller-coaster ride filled with political intrigue. Cotton Malone is back in the seventh book of the series. This time, he has a monumental task. He is willing to do everything to stop the assassination of the incumbent president, Danny Daniels. Four US presidents had already been murdered. Malone is not one to stand back and allow a fifth assassination on his watch. What happens when his quest embroils him in a centuries-old conspiracy? What would he do when he finds that the key to stopping the assassination hides in a code formulated during the American Revolutionary War? Berry answers all this in his fast-paced novel. This one is a great read for those who love thrillers and would like to get in the spirit of the American War of Independence without having to take tedious history lessons.

Donna Thorland’s ‘The Turncoat’ depicts the political intrigue of the Revolutionary War in the guise of a romance novel. Quacker Kate Grey falls for the enemy, Major Lord Peter Tremayne. However, nothing is simple when a war is brewing. A betrayal tears apart the lovers and puts both in highly compromising situations. When they come face to face again, both are different people. It is worth seeing if they fall for passion or choose patriotism. Thorland beautifully showcases the society of the time when the American War of Independence was fought. It is a great read for historical romance lovers who would like to get in the mood of Independence Day just before the Fourth of July.

All the aforementioned books showcase the value of the Fourth of July in a lighthearted and engaging manner. In addition to them, I believe that it is imperative that we talk about some serious tomes that capture the momentous significance of the day. So, let us have a look at a few of them.

The Boston Tea Party in 1773 was the beginning of the American War of Independence in many ways. Harlow Giles Unger explores the historical event and its lasting impact on the birth of America in his treatise ‘American Tempest.’ Unger’s engaging writing style makes this well-researched book an action-packed read suitable for anyone wishing to know more about America’s birth.

It is human nature to always mention and remember only the famous ones. Naturally, most books tend to focus on the founding fathers of America while talking about the Revolutionary War. Williard Sterne Randall and Nancy Nahra set apart their book, ‘Forgotten Americans,’ by focusing on people who are not as well known, yet who played an integral role in American history. Margaret Shippen and Annie Turner Wittenmyer are some such individuals Randall and Nahra talk about.

Freedom is every human’s right. However, the cost for it is pretty high. So, we should all be thankful to the heroes who sacrifice everything to bring freedom to their motherland. The Fourth of July is a day of celebrating such heroes. It is the day when Americans forget everything and just bond with their fellow countrymen. The books listed here are all different in nature. While some ceremonialize the birthday of America, others commemorate the price paid for freedom. What do you think about the books listed here? If you can think of any other book that captures the essence of the Fourth of July, do let me know. I would love to know your thoughts.

One thought on “Freedom & Fireworks: Top 5 Reads for the Fourth of July”