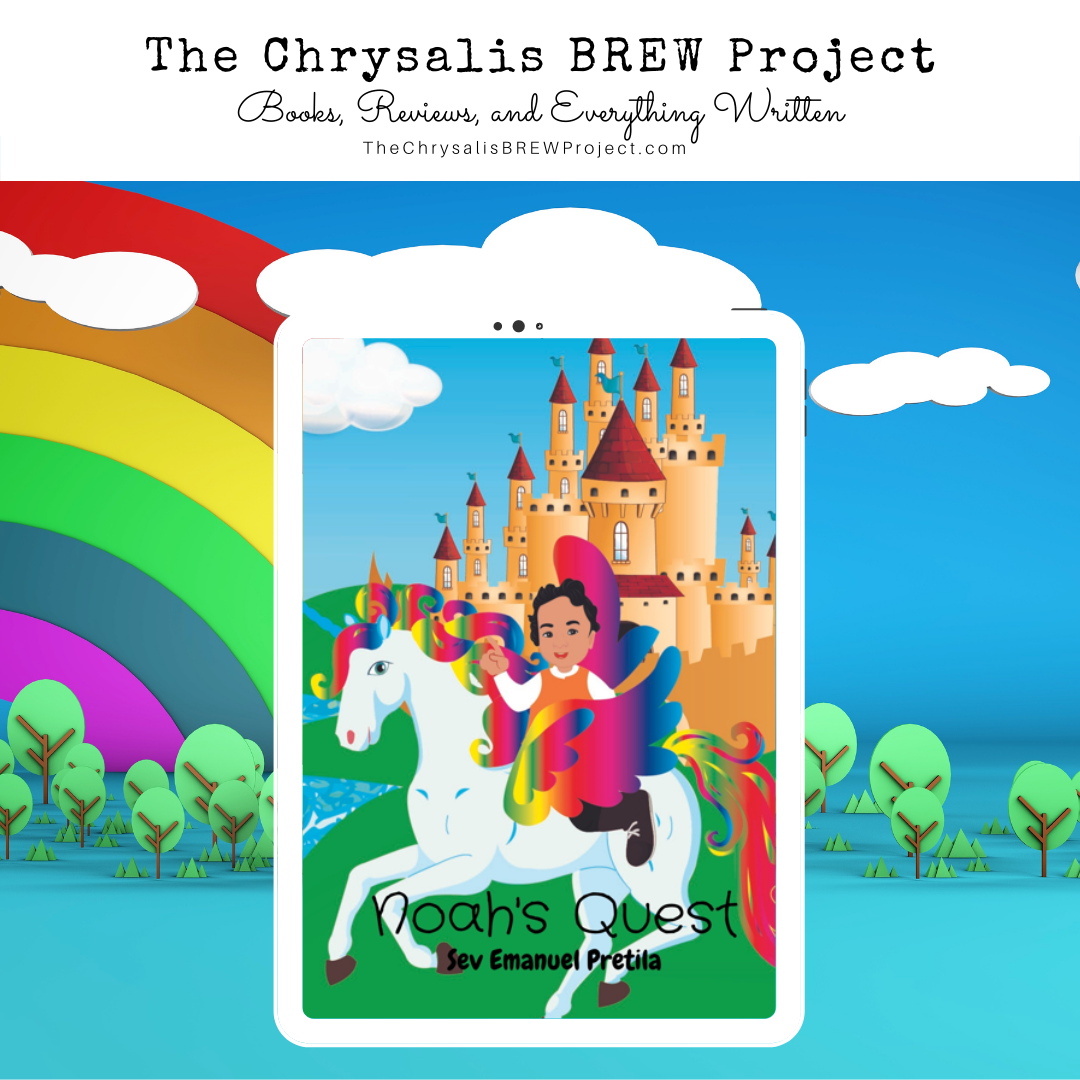 16-year-old Sev Emanuel Pretila was 11 years old when he wrote the original version of his debut children’s book, “Noah’s Quest.”

In today’s fast-paced world, we often forget the importance of being good human beings. In the daily bustle of life, we neglect to impart values to our children. Instead of teaching children values like kindness, wisdom, compassion, patience, and teamwork, we urge them to ace the materialistic race of excellence.

Sev Emanuel Pretila depicts the significance of being a good human being in his novel, ‘Noah’s Quest.’ At the age of only eleven, Noah is the pride and joy of his village, Antalus. Despite not having magical powers, the Chief’s Staff of Wisdom has singled him out to be the village chief’s successor. The entire kingdom is worried when the evil intentions of the Dwarf King and his queen threaten to steal the magic from the land and take over the world. The dwarves have declared war. The once impregnable Kingdom of Kastelot is already under attack. There are only two things that can stop the Dwarf King and his queen. These are the Staff of Wisdom and the Sword of Power. Noah is charged to acquire the Sword of Power and defeat the evil dwarves. However, there is a catch. Only a worthy person is able to wield the Sword of Power.

Will Noah be able to become worthy to hold the Sword of Power? Will he be able to defeat the Dwarf King and Queen? Will he succeed in his quest of bringing back magic and light to his land?

Sev Emanuel Pretila is an author with a flair. His story-telling abilities tend to capture the complete attention of his readers. His vivid words create imageries that fully engross us. The reader feels like a part of Noah’s world. We are there with Noah as he contends with wild boars, rides unicorns, and fights dragons. We feel his resolve as well as his uncertainties. We understand his reluctance in trusting Madi and Mr. Rainbow Pie. We empathize with Madi when we hear her tale of woe. Indeed, Pretila masterfully creates dynamic characters with whom we can relate to. I like how he portrays Noah’s bond with his parents. His father’s constant support and his mother’s worries all make us think about our own parents. The way Noah seems to understand the reason behind his mother’s misgivings about his adventures is both mature and praise-worthy.

Noah’s Quest is a children’s book astonishingly written by a child. Pretila was only eleven when he wrote the first draft of his novel and named it ‘Nandi’s Quest’. It was the birth of his baby brother, Noah, that gave him the impetus to publish the book. I am glad that he did so as this book deserves to be out in the world. It teaches us about the importance of values like compassion, wisdom, persistence, empathy, trust, teamwork, and hope in a fun and interactive manner. The story highlights that evil intentions can never win. The colorful illustrations make the book all the more appealing.

The simple language and the underlying theme make ‘Noah’s Quest’ a perfect book for children. It is a great read for adults who wish to revisit the importance of ethical values in the form of a lighthearted story.

I am more than happy to award Pretila’s ‘Noah’s Quest’ a perfect rating of 5 out of 5 stars. I cannot wait to join Noah in his next adventure. I hope Pretila decides to release a sequel soon.

2 thoughts on “A Book Review by Kajori: “Noah’s Quest” by Sev Emanuel Pretila”