5 Myth-busting Truths About Books that Change Lives and Careers 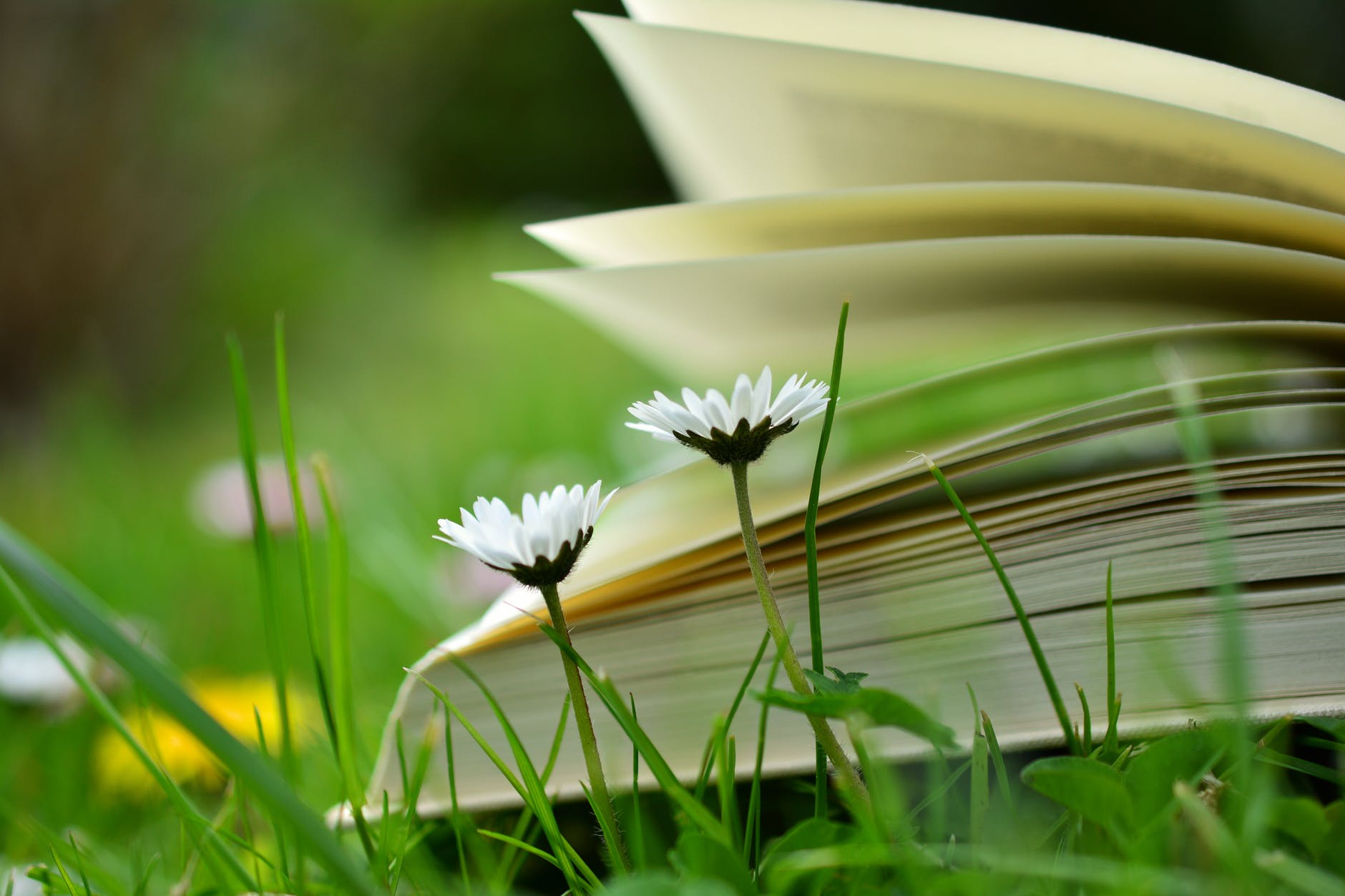 Yes, indeed. I’ve read all of Rowling’s Harry Potter books and watched all the movies of the series. My family is due to have another rerun for the nth time. Now, why is that? One might be inclined to ask, if one ever would. Now, with over 500 million copies sold and the distinction of being the 9th top ranking fiction writer of all time and not just our time, it should be an apparent no-brainer. But, if I’d say that here in LinkedIn, there may be some varied reactions.

They are not practical; they’re only for those who are fond of make-believe. Those who read merely end up living their fantasy world; they won’t go anywhere else in life. People in the world of work have no time to read; technology has made books useless. Books are a waste of time. There are more important things we have to do. Why should we spend time reading when there are lots of paper work to do, business functions to attend, working meetings to sort out, and all other things that we should prioritise? Right?

Here are the five reasons why those among other assumptions are wrong:

The truth: Books are enablers.

When asked how he was able to think inventively enough to come up with rockets, Elon Musk said, “I read books.”

South African-born Canadian-American Musk is an innovator, engineer, entrepreneur, and multi-billionaire extraordinaire who’s impossible not to know. What is lesser known is that he is also a bookworm, though. Nicknamed “Muskrat,” science fiction and fantasy books had been his go-to reads when he was younger. Well, that worked out well, didn’t it? He was able to do things because of his reading. If we could come up with another SpaceX or Tesla idea as a result like he did, then what’s there to lose?

Elon has also launched an XPrize humanitarian project called Global Learning. It was meant to encourage thinkers to come up with initiatives that enable disadvantaged children to acquire basic reading skills among other learning benefits. He has seen what’s good and been trying to pass along the advantages, indeed.

Are you curious about his book list? Here it is on the following link: https://www.inc.com/business-insider/14-books-elon-musk-thinks-you-should-read.html.

Myth # 2: Those who read merely end up living their fantasy world

The truth: Books can take you to a world of possibilities.

When we talk about the household name buzzword, I think nothing could ever come up with a better example than mentioning Oprah Winfrey. With a net worth of $2.6 billion, she has graced and dominated our home’s television screens with her top-rated The Oprah Winfrey Show.

Oprah is one woman who has really turned adversity into something positive and even into the foundations of her success. She wasn’t one who was curtailed by her circumstances. Her own words had been the following: “Books allowed me to see a world beyond the front porch of my grandmother’s shotgun house…[and] the power to see possibilities beyond what was allowed at the time.”

Her mark goes beyond herself as she also pursues sharing what she have to others through her various charities like Angel’s Network that brings literacy and education to those who can’t normally access them.

If you want more of her and her passion for books, check out Oprah’s Book Club through the following link: http://www.oprah.com/app/books.html.

Myth # 3: Technology has made books useless.

The truth: Books remain to be and could make something relevant.

With the way that we obtain, process, and relay information in our digital age, it’s easier to think that old ways have all been left behind and forgotten. That may be true in some aspects, but there are things that would always remain significant although already different in form. “Books allow you to fully explore a topic and immerse yourself in a deeper way than most media today.” That is as far as what Mark Zuckerberg is concerned. True enough and with his pronouncement in mind, he has even launched a project called A Year of Books in 2015 when he read a book every two weeks throughout the year and the book club members do so, too.

If this man’s Facebook company isn’t impressive enough, I am inclined to say that it would mean nothing could ever be. But, then again, I should also think about his ability to become a billionaire at the age of 23, being hailed as one of the most influential people in the world, his prerogative to have a one-dollar salary, and his signing up for The Giving Pledge as part of his commitment to giving half of his wealth to philanthropic causes. If a person who could come up with such an impressive line of accomplishments think highly of books, why shouldn’t we as well?

The truth: Books are worth one’s while.

“A great read is the perfect gift: thoughtful and easy to wrap (with no batteries or assembly required). Plus, I think everyone could use a few more books in their lives.”

Those were the words of Bill Gates, a consistent chart-topper in the richest people on earth list for three decades from 1987 to 2017. Known for his world-changing Microsoft, Bill is also a bibliophile. In the following article, he talks about how reading made a difference in his life: http://time.com/4786837/bill-gates-books-reading/.

Want to know which pieces made it to Bill’s 2018 list? Check them out in his site, Gatesnotes. Here’s the link: https://www.gatesnotes.com/About-Bill-Gates/Best-Books-2018.

Now, if you think this article focuses more on the money, think again. Bill is not just the second richest man in the world, he is the world’s most generous giver, too. Here’s what he says about philanthropy:

“Is the rich world aware of how four billion of the six billion live? If we were aware, we would want to help out, we’d want to get involved.”

Take that from a man who loves books.

Myth # 5: There are more important things we have to do than reading others’ thoughts.

The Truth: Reading books and learning from others are two of the most important things in life, too.

Why? It’s because “The key thing about a book is that you lose yourself in the author’s world.”

I should say that, even if the sentence sounds literary and poetic, it should be the most obvious answer. And, do you know what Jeff Bezos, founder and CEO of Amazon, says about books? Ask the richest man in the world why because the above quote is his own words. Anyone who has ever read a book in our day and age should know that his online bookselling business is just phenomenal. He might be fleeting in another’s world of thoughts, but he has made things happen.

Was he able to do something fantastic? For me, it seems like he did and even more. However, his sort of enchantment isn’t the one that Potter fans would know about potions, but more on coming up with formulas of success that Amazon executives are even expected to know. If you’re interested, the following article talks about the books that made it through Jeff’s Reading list: https://www.businessinsider.com.au/jeff-bezos-reading-list-2013-10?r=US&IR=T#the-black-swan-by-nassim-taleb-12.

Well, if getting lost means replicating or perhaps merely approximating his success in a way if not in myriad others, then why wouldn’t we be curious about what goes on his mind? Right?

Now, we’ve got it! That’s magic. With books, we could indeed get lost but we’d have a great find.

For more about books, check out the OnlineBookClub.org website. As a volunteer member of the club, I could say that being part of it is a great thing. Check out my book reviews on the site through the following link: https://onlinebookclub.org/reviews/by-espie.html.

Thanks to Canva for the graphics editor and the free photos.

Special mention also goes to Rob White, whose book And Then I Met Margaret inspired me to find out details that could bust common myths and find out life’s truths even in the most unlikely places.