A Book Review by Kajori: “Homecoming” by Jude Austin 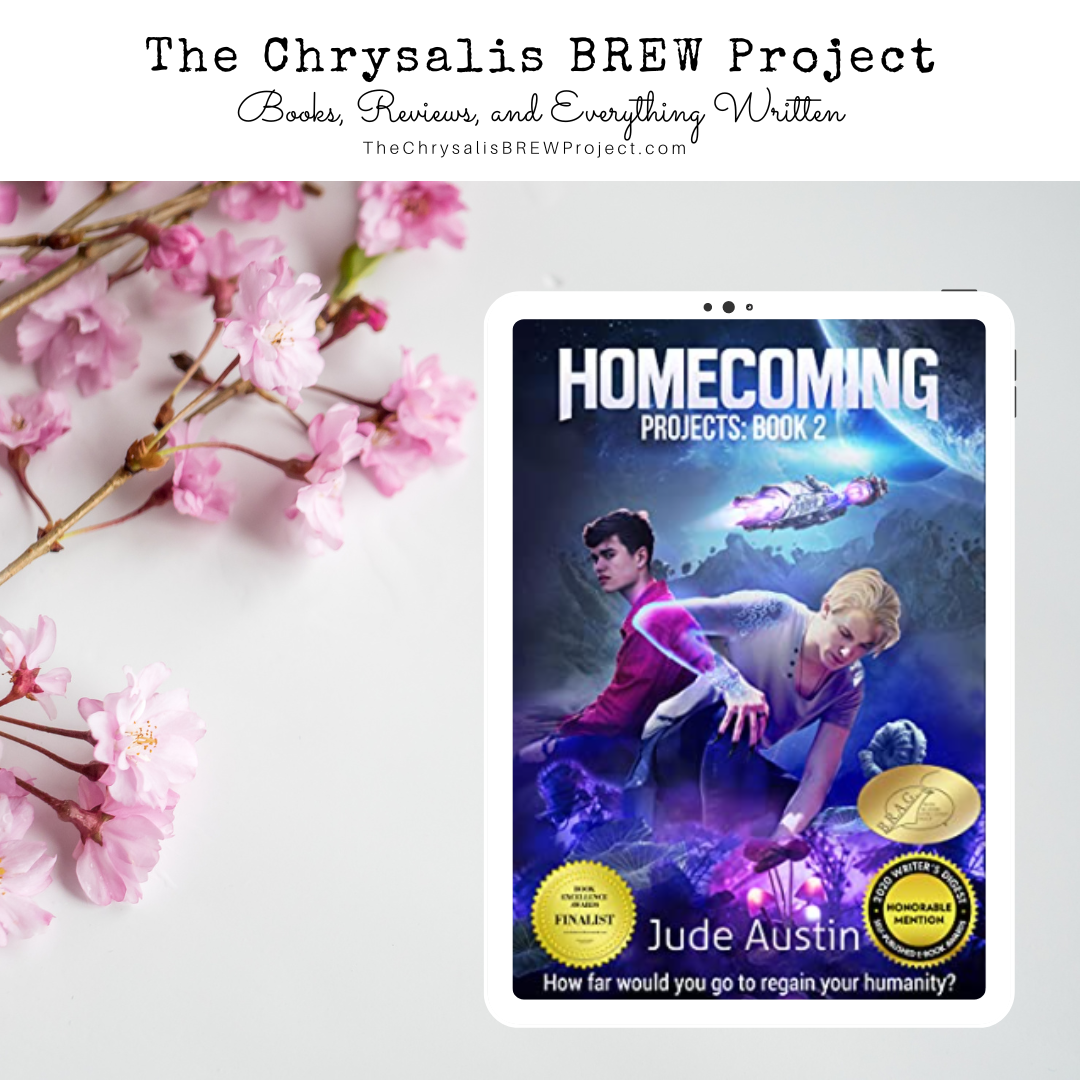 Jude Austin’s Homecoming is the second book in the Projects series. It follows Kalin and Tau in their quest for survival and safety in a world where they have no allies. After finally escaping the tortures of GenTech, they try their best to find a home for themselves.

Have you ever thought about the fate of abuse victims who somehow manage to escape their tormentors? Do they ever feel safe? What about their scars? Even if the physical ones heal, do they ever recuperate from their mental and emotional pain?

In Homecoming, Jude Austin masterfully portrays the aftermath of escaping from one’s torturers. Kalin Taylor had been stripped of his human entity and was continuously being browbeaten into accepting his fate as Project Kata after he had broken into one of GenTech’s labs to take a photo of the infamous Project Tau almost two years ago. The one good thing that came out of this terrible scenario was that the once obese and friendless Kalin had now found a best friend in Tau. After months of enduring the hellish and inhumane treatment of the scientists and handlers, Kalin finally manages to escape with Tau.

Homecoming starts off with Kalin and Tau making a temporary stop on Sedna to get their bearings. With no identity proof and the continuous fear of being caught, Kalin only has his wits to depend on. Tau had never been out of the lab before. So, for all intents and purposes, Kalin is in charge. He believes that they can be safe if they somehow manage to reach Kalin’s home planet, Trandellia, the one place he wanted to leave with all his heart two years ago. Things are never so easy. Legally, Kalin is dead and Tau is nothing but a piece of property in the law’s eyes. Moreover, they have no allies or friends. It seems everyone is out there to take advantage of the duo. Hence, it is an almost impossible feat for the two boys to find a home for themselves and truly be safe.

Jude Austin is a remarkable author. In her second book of the Projects series, she takes her readers on a heart-wrenching and unforgettable journey. Set thousands of years from now, Homecoming is a book that gives us a glimpse of mankind’s most likely future. It highlights the consequences of too much dependency on machines. In Austin’s world, holograms, interplanetary travel, and cloning are the norm. However, the people here are cautious about using AI for things that can be done by humans. I love how the author creates diverse cultures for the varied planets. The military-inclined nature of Akkhen, the deviousness of Trandellians, the poverty of Basarr, and the lawlessness in Atthiras all remind us of the present world but at the same time exude uniqueness.

Even if at first glance the book may seem like a science fiction novel, it has enough reality to be classified as a sci-fi realism book. The author creates an advanced world where technology is used for entertainment and medical reasons. The action sequences are jaw-droppingly well-written. At the same time, Jude Austin’s sensitive portrayal of depression, anorexia, and abuse is applaudable. She seamlessly mixes science with realism. I, especially, loved the exchanges that took place at the Conclave.

Kalin’s quest to save Tau and somehow make a home for themselves tugs at the heart. Being repeatedly backstabbed by the people he trusted, Kalin now found it hard to rely on someone. The physical and mental toll he underwent at the lab had changed him inexplicably. Add to that his old worries about weight underscored by his father’s presence, and we have a teenager that can spiral anytime. Austin masterfully showcases the mental issues Kalin had to undergo. Fleeing from the lab did not truly free him. He was still a prisoner of the abuses and the terrible acts he was forced to perform. His fear of letting down Tau and losing him as well added more to his plate. I loved how Dr. Alan Morgan handled him. He was never pushy. He always seemed to know when to back off.

Tau, on the other hand, had his own share of difficulties. Being in the outside world for the first time, he was as flabbergasted as a toddler. Even with his reasoning power and ability to speak, he found himself completely lost. His status as a Project further befuddled him. I loved seeing him bond with Kurai. Though strange at first, Kurai truly intrigued me. I have to say I can’t wait to find out more about him.

Homecoming is a deep and fast-paced novel that keeps the reader hooked throughout. It ends on a note wherein all the plotlines are wrapped up, yet at the same time, it makes us want to know what happens next. I, for one, can’t wait to read the next book in the series, Nowhere to Hide.

Jude Austin’s Homecoming is a must-read for all fans of science-fiction. At the same time, I recommend this book to folks who like to see characters develop and deal with real issues.

One thought on “A Book Review by Kajori: “Homecoming” by Jude Austin”