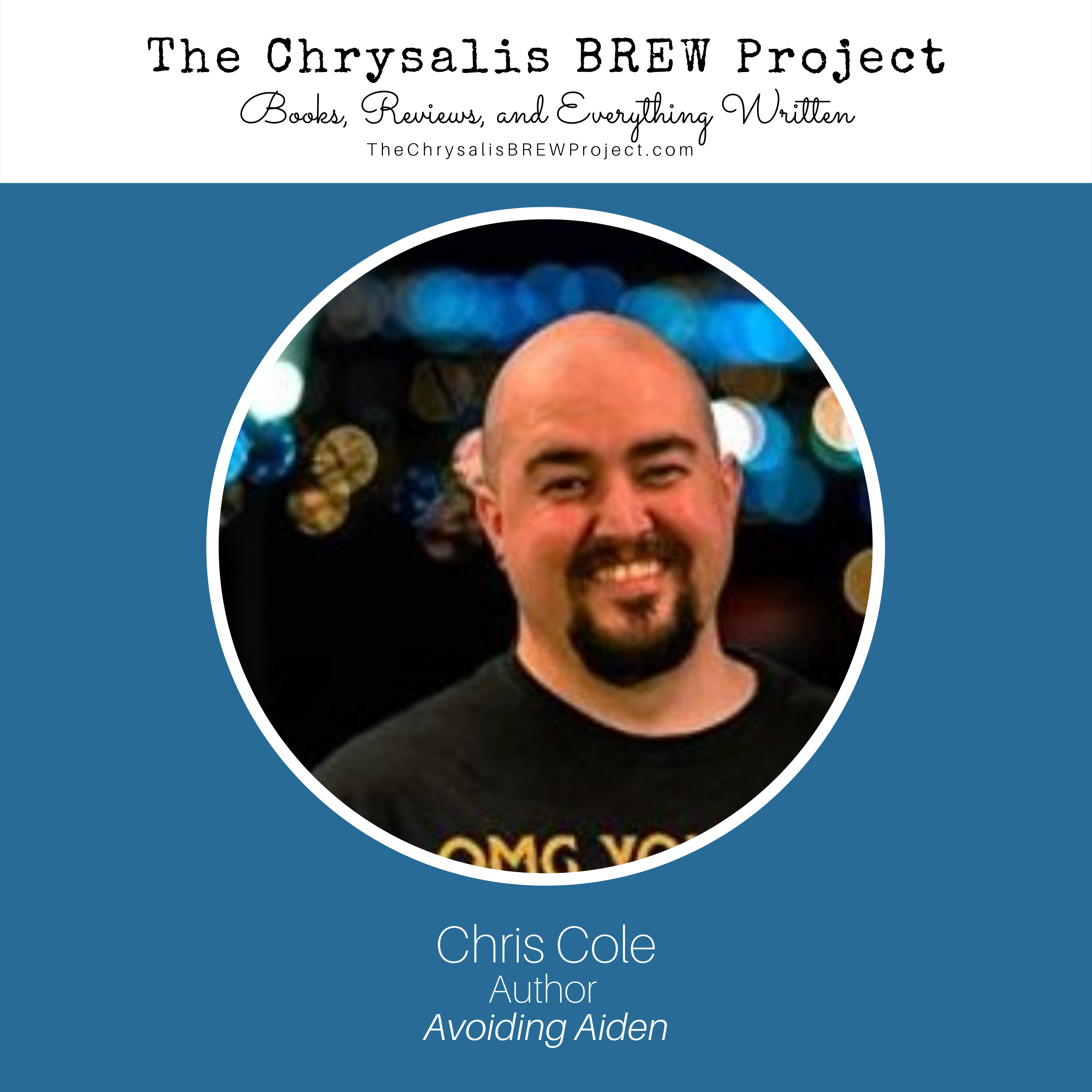 Chris Cole was born and raised in southeastern Idaho. After going through a rather public coming out as a local reporter, Chris chose to pursue a different career and his interest in books. Since then he has had four books published, written a play that has been locally performed, and is currently in the editing phase of his first screenplay, a gay Christmas romance. He also has written dozens more novels to get up to snuff, including a Sci-fi trilogy, a fantasy series, a paranormal romance, and a children’s book. He is currently pursuing his master’s degree in counseling, and resides in Idaho with his husband, Trent, and their lovable and stubborn dog, Chewie.

He is the author of the following books:

Author’s Response: I was a reading machine when I was younger. I ended up with a 12th grade reading level when I was in 6th grade, meaning I could read more complicated books. But I decided not to and I read a lot of science fiction, like Animorphs. I also enjoyed the Series of Unfortunate Events and, like many kids, grew up with and then out of Harry Potter.

Author’s Response: I was reading books and speaking in full sentences at a very young age. My favorite was reading a new book and then telling everybody all about it. Then, when I’d meet someone who had read the same book, we could ask questions and hypothesize about things. As I got older and reading became required, I stepped away from it. When I found myself yearning for stories, that’s when I began writing.

Author’s Response: Animorphs. The idea of these kids around my age going through all these amazing things was so incredible. I even pretended to be an animorph with a friend in elementary school to sneak around the basement of the school. It was fun, and the best part was we didn’t get caught.

Author’s Response: I wrote my first book in eighth grade, a story about the alphabet. I think it was for a class assignment, but I still had a lot of fun, and I won an award for it. Don’t remember what for, but the teachers seemed to like it. All throughout high school I worked on a story about the end of the world creating super-powered mutants through the radiation, which eventually morphed into the very different Sci-fi trilogy I’m working on now. But I didn’t sit down and finish a book until I left my job as a TV news reporter, and I had nothing else lined up. I took the summer to write the first book of the trilogy.

Author’s Response: There are two in equal measure – time and myself. First, with time, I just don’t have enough time in my life to write all the things I want to write. I want to be a full-time author, but it’s just not feasible. Secondly, I am so bad (or good) at distracting myself with cool social media things and other books from other authors that I lose sight of my own writing. And when I do, I can bounce between five or six projects until they’re all done at the same time, or never finished at the same time!

Author’s Response: I don’t like to put pressure on myself. Writing books is fun! The marketing of them on my own is not my favorite, but it comes with the territory. I also don’t set deadlines for myself often, which allows room for creativity and to pursue what project I’m passionate about at the time. If I can’t think of what to write in on project, or any project, I focus on other things, like reading, or using prompt notebooks to get ideas flowing. But I don’t always do that. Sometimes I let a project sit for a year before I come back to it. And that’s so helpful to get fresh eyes and see what works and what doesn’t work.

Author’s Response: K.A. Applegate was who inspired me to write. Her writing in Animorphs was so accessible, and I loved her characters and their arcs. I was also inspired by Lemony Snicket. His books were the first to make me feel complete despair, and not have a happy ending. It helped me understand that not everything has to be perfect.

Author’s Response: I have a screenplay currently in the review process, a play I’m hoping to have a full production of soon with a local theater partner, and two audiobooks of my two most recent books to come out. I have a sci-fi trilogy I’m currently rewriting, a fantasy series planned, with six novellas written that I’m currently editing into an eight-part epic series (at least, I hope it will be epic), a paranormal romance, a children’s book, several other romances, and a few short stories I’ve been working on here and there. Plus, some vaguely specific ideas in the works. Overall, I have no idea what’s going to take off next, but I have a lot of goals, so I’m hoping it will end up just as big as my dreams.

Know more about our author and his books via the following links: