A Woman to Remember: Books About the Great Queen Elizabeth II 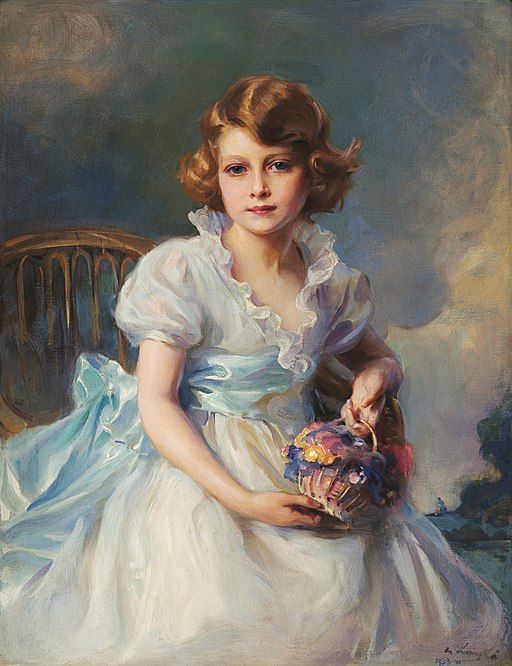 About the cover photo: This is a 1933 portrait of Queen Elizabeth II when she was still the seven-year-old Princess of York – an artwork by Philip de Laszlo (Source: Public domain, via Wikimedia Commons).

A distinguished gentleman close to the royal family has said that Queen Elizabeth II never recovered from the passing away of her beloved Prince Phillip. Yet, other than the walking stick she carried, the late queen still did not show any signs of remiss in her recent photos as she dutifully shook hands with the present United Kingdom Prime Minister Liz Truss around forty-eight hours before her death. From the moment she stepped up to take on her royal responsibilities as a mere youngster and up to her last moments, the queen has always been a symbol of dedication to duty, decency, stoicism, and pragmatism. She has preserved the royalty’s stature, allure, and “magic in such a way without not giving enough.” Not only was she the longest reigning British monarch, but she also wielded influence that reached far greater realms than her kingdom’s usual reach. These are a mere portion of the vast array of reasons why the world – and not just the kingdom or other Commonwealth countries – now mourns the loss of such a remarkable woman and leader. Get to know the many facets of Queen Elizabeth II’s life and reign through the following list of books.

Her Majesty Queen Elizabeth II has always displayed the utmost deference and poise while performing her duties as Sovereign. Her temperament has been impeccable, and over the seventy years that she has been queen, she has exemplified all of the characteristics of a legendary monarch who is cherished by her subjects.

Elizabeth was just twenty-five years old when she became Queen of the United Kingdom on February 6, 1952, succeeding her father, King George VI. Her life took a big turn after that at a time when she had been married for only five years and had two young children. Despite what could have curtailed her performance of her duties, she has managed to give monarchial tasks priority over everything else, and the Queen has traditionally prioritised devoting her time and energy to her public duties as needed.

The book, Her Majesty Queen Elizabeth II: Platinum Jubilee, is a celebration of the highlights and challenges of Queen Elizabeth II’s reign over the past seven decades. It does so by recalling Princess Elizabeth’s childhood and the war years. It includes accounts of the accession and coronation when she was still a young woman. It also details each decade of Queen Elizabeth II’s reign, focusing on both her working life and her family; describing in detail a typical working day for the sovereign; and, providing a special focus on the enduring contribution she has made.

Queen Elizabeth II: A Little Golden Book Biography is the perfect way to encourage your young child to dream big! This book is the ideal way to get preschoolers started reading nonfiction!

This children’s book about Queen Elizabeth II, who is the monarch of the United Kingdom who had been in power the longest, and who was also the mother of the man who is now the King, is an encouraging read-aloud for young girls and boys.

Book: Queen Elizabeth II: A Celebration of Her Life and Reign

The life and reign of Queen Elizabeth II, hailed as one of the most popular monarchs in British history, are examined in Queen Elizabeth II: A Celebration of Her Life and Reign by Tim Ewart, formerly of ITV’s Royal Department.

From royal tours to state visits, daily engagements to family gatherings and spectacular occasions, this wonderfully illustrated book has you covered. It has been updated to include William and Kate’s wedding and Prince Harry’s engagement to Meghan Markle. It takes a look at the incredible events that have taken place throughout the Queen’s reign and how she continued to uphold traditions that connect the United Kingdom with a history that dates back over a thousand years. Reproductions of historical documents and artefacts include Princess Elizabeth’s 1939 broadcast to the children of the Commonwealth, Sir Norman Hartnell’s design for the wedding dress, and an invitation to a garden party at Buckingham Palace.

Book: Queen of Our Times: The Life of Queen Elizabeth II

Hardman simplifies Queen Elizabeth II’s life into an essential look at dynastic continuity and revitalisation. It’s a fascinating look at a world leader who held as much allure 70 years ago, when she ascended to the throne as a twenty-five-year-old, as she has done up the later years of her life.

Queen of Our Times: The Life of Queen Elizabeth II provides new perspectives and scholarly analysis of the modern royal saga thanks to unparalleled access to members of the Royal Family, employees, friends, and royal records. The book is in-depth, enjoyable to read, and creative.

Book: A Queen for All Seasons: A Celebration of Queen Elizabeth II on her Platinum Jubilee

Joanna Lumley’s introduction and editing of A Queen for All Seasons: A Celebration of Queen Elizabeth II on her Platinum Jubilee are just the beginning of what makes this book such a thoughtful, heartfelt, and interesting tribute to a truly remarkable woman. A lively portrait of the woman and the unique role she plays, based on essays, observations, and photographs from the Queen’s personal archives that span her entire reign.

In 1952, when Princess Elizabeth was only twenty-five and on the cusp of becoming Queen, we are introduced to her by Joanna Lumley. She then takes us to the present day, when the Queen serves as our matriarch and keeps the ship of state stable through good times and bad. The Queen’s position as head of state at home and abroad, her private passions and public interests, and a bird’s-eye view of key events that have held the nation together and the Queen in our affection across Britain and beyond are just some of the fascinating aspects of her life that are explored in this book.

In a world where so much is always changing, this book stands as a special and unique depiction of the ever-reliable late Queen.

By Books for Humanity

One thought on “A Woman to Remember: Books About the Great Queen Elizabeth II”